Truth is Wasted on the Trying 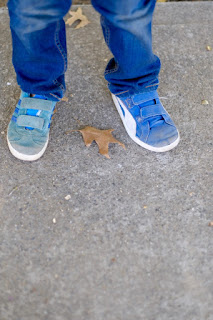 I can't wait to take a selfie with my new iPhone. I don't have one yet, but I will, then I'll be Instagraming and Snatchchatting with other kids my age.

I spent the better part of the day yesterday with an old friend, we were noting the sometimes unexpected ways in which life unfolds - how you just get older and drift away from previous social circles. Well, I was saying that. My friend owns a yoga studio so she has a built-in social circle. Which is not to say that yoga is merely social, but you know what I mean, I hope: there are regular and friendly people in her life. I suppose that the social circle thing was my contribution to the conversation.

She was commenting more on the realizations that age can cause you to make and confront concerning aging itself. You must feel your way through life if you are to approach it at all humanly. We agreed that parenting is the point of no return, the Rubicon of Rubicons. We are our own 12-step program, without the steps or the program, but we have it mostly figured out. There is a system somewhere in need of attention and interpretation.

We decided that everything is subject to our approval. Not our collective approval, but rather individually. That's part of it, with age comes the sense that things are somehow changing for the worse, just beyond your control, and yet still somehow requiring your judgement or criticism. How else are things meant to improve without the vitality of voice that people in their middle years can offer. If things don't change then just retreat to letting them be. You'll be back.

I think young people should get two votes, people in their middle years should get one, and old people should be held under pillows until their opinions gently disappear from the universe. It's a sensible version of "progressive democracy."

Jesus Heroin Christ... why are the DTs leading the polls when a great political thinker such as myself is here writing daily on this site. I'm not saying that I should be a candidate, or even a speech writer for a candidate, but euthanasia polls very well among certain demographics - the quietus campaign. The Pillow of Dorian Grey.

Okay, I'll try to stop. That was hideous. I was only wanting to relay what an unexpected and pleasant day I had yesterday. Not sure how I got derailed into putting retirees down with pillows. Mitt Romney's self-deportation program, stage 2. Though, pillows are everywhere, and cheap. Worse ideas have already gone viral. Old people do possess many valuable resources that can be utilized to usher in the new era. They have been hoarding pillows for decades.

We took the kids to a park, then to lunch, then back to her house for swimming and trampolining. Then dinner, a casserole which we all joked reminded us each of growing up in the 70s. The parental group did, anyway. Four cans of something and a glass dish is how her boyfriend very aptly described it. Comfort food, as long as you don't think about it too much. I don't mean my friend's casserole from yesterday - it was quite good and not drenched in canned soups - but the industrial versions advanced in the 70s as part of the American myth concerning the newly created convenience of health. The Campbell's Heart Association.

Health can be inconvenient. There are many who seek to make it even more so. Diet is the religion of self, so there will always be people wishing to lord theirs over yours, make it exclusive to the point of prohibitive entry. The pearly gates of supermarketing. It is iniquitous to eat poorly, particularly if you happen to be poor. It is only socially disgraceful to do so when wealthy. One need not burn in hell over the infrequent dietary indiscretion. Being poor is the real sin, and some hate poverty almost as much as wealth. Those who balance their hatred of hunger with their disgust of obesity. Moderation is salvation.

I typed salivation, at first, there.

The point about moderation was mine. I was relaying to my buddy how I feel, as if I have finally found this precarious place where I am enjoying my pleasures mostly moderately. One never knows when the train will break off the tracks of the midnight express, barreling through open canyons and prairies in search of anything unwanted, the unexpected sunrises. A dehydrated vampire that is too chaotic for the vampire community. The warning letters have been sent. The Castle Owners Administration is in pursuit. There are standards everywhere and at all levels that must be honored.

Parents are being arrested across America for letting their kids play safely unattended. Other diligent parents call the police and turn them in. It's called child endangerment, a household version of the seeing-something-and-saying-something brand of preparedness that neighbors can really sink their teeth into. The cops show up and kids are playing, so a parent needs to go to jail for ever having allowed such a thing. If you were wondering where the new fascism will emerge then look no further. It's all part of America's war on wars. If we can't count on the standards of our Neighborhood Watch teams then how do we ever expect to curb police brutality.

I want the term "House Arrest" to grow some legs.

It's the coffee that prevents me from sticking to a subject, I swear.

To enjoy relative moderation in diet, exercise, sleep, and intake is unusual for me. I can at least now see how other people more easily sustain a state they call happiness. The deep satisfaction of closing a checkbook with an account well balanced.

I read that they've recently approved 60 year mortgages for children as young as ten years old. It's part of a governmentally approved diet-to-debt plan. Each house will be sufficient to store ten years worth of canned foods and a single glass baking pan. Pyrex. No longer will you have to wait for adulthood to ruin yourself with an unpracticed cursive signature. Freedom may not free, but it does offer some very enticing interest rates. No, wait... I might be confusing a few different articles that I saw. It was OxyContin that they approved for children.