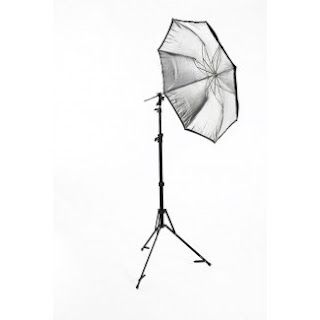 I ordered a small lighting stand, an umbrella swivel, a reflective umbrella, a hot shoe trigger, all of it. When I get back from my sojourn in the desert I will start experimenting with off-camera flash. I'll need to defrost my memory of key lights, fill lights, spots, strobes, all of it.  I'll still be using only a flash or two for now, but I'll start looking for other cheap lights as well. I can, at the very least, start to see where all of my future monies will disappear. It's fun. I have a plan to start getting the boy and his buddy to dress up and act out adventures. I hope to make sets and shoot in a different way - fewer, if any, snapshots, but rather hopefully more fantastical images.

I'll need a tripod for my camera, though I'll try handheld for now. We'll see.

Once I re-familiarize myself with two-point lighting I'll brush up on some stage blocking and alternative composition. I mean, alternative to snapshots. It'll be nice to finally put my degree to some use, twenty years after the fact. I've felt new impulses and urges lately.

I don't even know why I bothered with the cable sync, I should have just gone wireless, though a starter set there is $200. I'm still waiting to sell my first print next week, at cost. A signed, numbered, named print was requested by a reader here, so I am feverishly working to produce. Well, the heavy lifting will be done by Photoworks in SF, but you get the idea.  I'm a get-things-done kinda' guy before this weekend. Let's check back in on progress next Wednesday. You might find me mumbling something about stardust and rave lasers.