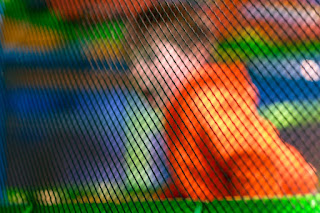 A day at Rebounderz, yesterday. The place of which I have been warned by my personal radiologist. He says that all trampolines are bad. He sees nothing but the results, the lingering terror of diagnosis. He says that trampolines are what destroy kids and ladders are mostly what undo dads. All day long he looks at lifelong injuries, or worse. Ex post facto stuff.

He points to the roof of his house and says, I would never climb up there. Never.

When I fixed computers at Apple I felt that Apple never made a single computer that functioned as expected. It seemed that every one of them was somehow broken. 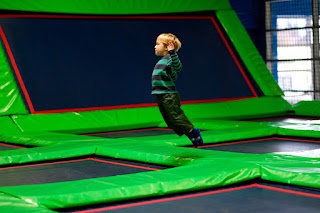 I have this ongoing fear in which I am diagnosed with something heinously malignant and I send him the scans to see what he thinks. There in his office, peering at the x-rays or CAT scans or MRIs he sees the marks of death. My death. He must call me and tell me that the opinions that I have already been given are correct. The stains which hover in the image are those of the dark harvester.

This vision, of my old friend from the age of seven onwards…  It is a terrible one. It is inoperable and he knows this. He tells me that I must try to spend the best time that I can with those that I love, the time that is left, which isn't much. Not knowing what else to say he asks if I need anything. 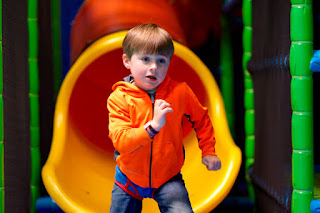 Then, a week or so later, I would explain to him that I knew all along that I shouldn't have done it, to have lived life this way. What did I expect. It's all my fault.

Then, I ask him to check his email. There he'll my actual CAT scans. I have a twisted ankle. It could take weeks to recover. 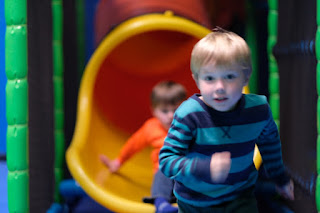 Cruel? Perhaps. Unnecessary? Definitely. Hardest part? Scoring some CAT Scans and forging my identity onto them.

To accomplish anything worthwhile one needs a few friends in the records office. Any rise to power from this point forward will be marked by increasing corruption at all levels of government. The main difference will be in a candidate's ability to flaunt the corruption rather than deny it. 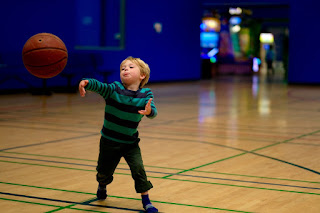 Rhys asked me on the way home what I was like when I was his age. I told him that I was just like him: that I loved to run around and jump on things and giggle and have fun with my friends. I also told him that I was immune from ever taking anything seriously, that I had a special gift for avoiding those that did. I had a cloaking device that I could use to hide from the bad guys.

As for ice cream, I was the King of Casselberry and the Archduke of Altamonte.

He fell asleep in the car on the ride home. I cut through the hills on back roads from Rohnert Park to Kenwood, a turn towards Glen Ellen and then home to Sonoma as he slept. The sun across the hills, the shadows across the road from the trees swaying in the last of the winter breezes. It is rare that I ever get to feel at peace with the task of caring for another human life. The boy sleeping in the car is about the closest I can approach to what might be called tranquil contentment.

I quietly put on the album Sea Change, by Beck. 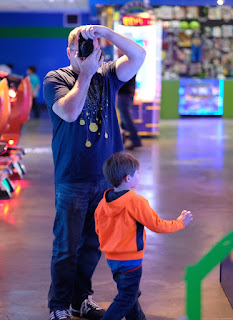 Parents wish first that the earth sustain one more lifetime's worth of happiness.

In that way, I have finally become a conservative.