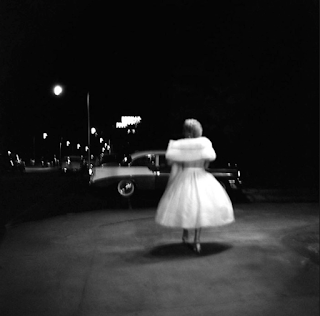 The title of the post was from a photo of NYC, also taken by Vivian Maier. I finally purchased the book, or one of them. I had seen the documentary some time back. Her pictures are compelling, not least of all because what they reveal can no longer be touched. They have that delicate charm of what is already gone, a thing that can not be returned to. It invites a longing for them, like falling for the ghost that just happens to haunt your house.

Looking through this book, and a newly purchased book (title: Guide) of a William Eggleston exhibit, it has made me realize how much more energy is needed to take good candid pictures. A tremendous amount of patience and perseverance are required. No detail can be considered as inconsequential, and the past is not a place to which we can return. Few art forms do as much to the concept of time as does photography. This relationship need not be entirely conceptual. In some images it is a visceral sensation alone. There is something that is very inward about the enterprise, even as it documents nothing but the external world, however manipulated.

One of the striking qualities of Maier's images is that not a single person is wearing branded clothing, as far as I can tell. There are ads everywhere along the streets, of course, but individuals are simply wearing the solids and patterns of what very well might be bespoke clothing. Few visual arguments are as strong an indictment against capitalism as this.

The effect seems to have been to muddle the conversation of identity, as if it is exclusively something that can be chosen, or purchased. Someone who can choose to wear a Sean John shirt to display their identity might very well struggle with another person referring to their gender-identity, making the assumption that it is choice alone that produces the mystery of persona. Identity is not always the thing to which an individual might identify.

It's a genuine issue. The national conversation concerns the struggle between self-identity and the right of others to reject that identity. The problem is that within each identification there is a spectrum of possible meaning for any given individual. We should simply start telling Christians that they only identify as Christians. The best way to deal with supposed religious thought is to treat it just as they wish to treat others: refer to them as having an illness or for it to be a sin. At the mildest, just refer to it as their "Christian identity," removing the reality of it, as well as their ownership of the term, by a single step.

Recently, the boy and I went out to a field to fly a kite together. I took a small handful of images of him. They were all ruined because of his t-shirt: Spider Man. What would have otherwise been a few nice little animated pictures of the boy as he's growing turned into a super-hero branding opportunity. Perhaps ruined is too strong a word, but the detail of his shirt is troubling and, for me, distracts greatly from the image.

Don't tell the boy. He still quite adores the arachnidial creep. 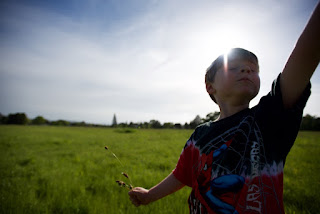 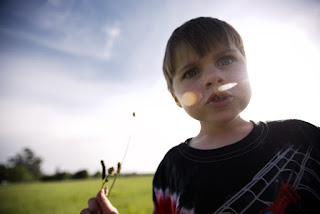