Son of a nymph! 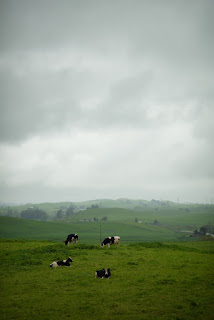 Cycling clears the head, almost too much. There are a number of thoughts enjoyed on any given ride, then a recurring thought to myself, Oh, that would be a good subject to write about… By the time I get home it has vanished of course, along with the key phrase that I thought clever, all gone the way of the revolutions, the circular patterns of life, of love, the pumping along the road ahead.

I think about sex often enough, though I'm told that is what men do. Some say it is all that they do, oddly by those who seek equality, though there is little evidence that they are trying to catch up in any meaningful way in this regard. Others say that they have already arrived, and have perhaps surpassed men in that way also, as if there is a competition among the most dangerous of the impulses. Baudelaire claimed to have sex because it gave him a chance to participate in evil.

The perpetual pumping motion and physicality of the act seems to invite specifics of reminiscing and projection. If only my daily rides ended in orgasm… or, even as a beginning. I'm getting to the age where I have begun to tell myself that sex does not matter as much as I had previously thought, but then the idea will waft through the curtains of my clothing and my body asserts a very different telling of events.

I wonder if I will look back at my life and think to myself, All you really did was seek sex. Then, I wonder if that realization will sadden me at all, or if I will accept it, or if I will maybe perform the mystical hand-dance upon myself in honor of that memory. Yes, honor.

Well, I still have a handful of bike rides before I really need to start thinking about all of this in earnest. There is a sense of landing at middle-age, though not with the landing gear down and at an unfamiliar airport in near total darkness. The feeling of the earth moving beneath the wheels is comforting until the plane comes to a halt, where morning must be waited on.

What next, jungle, what next.

A friend recently told me that I am obsessed with my own age, though fascination describes it more completely than does the other term. I hope. I am just as repulsed by the aging of others. It is not all about me. I hate it for others, also. She keeps herself young by having sex with young people. I am all for that method, of course, and have told her as much. Perhaps we'll work together in finding me an appropriate portal back towards youth. This magical elixir of juvenescence is best found in close contact with the bodies of others, as an antidote to the inertia of withering.

Narcissus became fixated with his reflection alone, as opposed to what had been absorbed by the water. Incapable of abandoning that misunderstood and partial apparition, he also lost his will to live. He became a circle, independent of motion, a still echo of self desire, a beautiful Onan also killed off by the gods. As almost anyone who has lingered looking into a mirror might already know, and have yet again forgotten…

… to relearn, reflections best pass gracefully enough along those store windows in the dark, as the avenues go, lit by the city's unintended largesse, the softnesses of each passing moment in the mirror.

"… when a memoirist sounds self-aggrandizing or whiny, it's usually not because he's a jerk but because he has failed to meet the technical requirements of the form. In a good essay or memoir, the author typically makes use of self-deprecation, self-doubt, or some sort of self-division that allows him to cast a skeptical eye on his own impulses, tastes, and certainties." - Elaine Blair