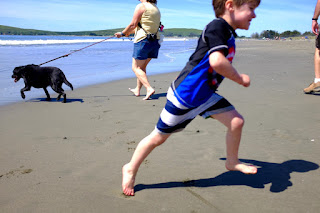 It is not yet the last minute, but soon will be. I leave for the desert tomorrow evening. I washed clothes yesterday, haircut today, etc. I made a list. I will put off packing until the car is warming up. There is not much to do. I already know which camera I'll bring - the Fuji Hipster-Shot. It is a clothing optional event, so I'll bring a blouse and flip-flops, just in case I get chilly at night.

Speaking of blouses, I was thinking about Prince this morning on my bike ride, remembering him from the 80s and what it was like then, to have this unexplainable and somehow sexually ambiguous star appear. For all of his pro-sexual advocacy he also seemed to maintain some odd inner resistance to what might be referred to as immorality, though I do not believe he used the word.

No other single person separated the conservatives and the liberals more completely at the time, the Reagan years. It wasn't until Cirque Du Soleil came along that republicans finally had a place to feel safe while being gay again. But oh man... did they really not like him at the time, the Purple One. Even his faux-name seems sexually threatening. He represented to them what they wish to keep out of the women's bathrooms now.

To have been a fan of Prince at the time, I heard all of it. Little did they know. It should only be called sexual confusion when it happens with another person, otherwise it's just confusion, sort of. One could sense the palpable anger at difference. There seemed to be an insistence that the world would simply be a better place if everybody would just listen to the music of somebody who is sensibly heterosexual, like Bob Seger, but that's not how it all happened.

Bob Seger's name sounds like a pair of old bloodhound's balls. It's as if the font is even sagging when you look at the word. There is something sad and atrophied about him, like pubic hair once it turns white and becomes too sparse to be considered as the forest under-region that it once was.

I was offered something last night that has had me daydreaming about the past, a tour of Central America, to DJ. Now, some of you might remember that in a previous incarnation I was a debauched musical ne'er do well, but I pulled myself up by my bootstraps and moved on from that life. First, I bought my own crack mattress, then I had an entire room sometimes to myself, before long I rented a set of keys, and… well, you know the rest, I ended up with a job.

Then, last night, a message arrived telling me of a future tour of Central America, driving from nation to nation, ciudad to ciudad, playing music and enjoying life with some old friends. It makes me want to get high. It really does. I don't mean pot either, I mean strong chemicals. Not some little snow flakes that grow on pot flowers, I mean some ball-shrinking pharmaceuticals.

That's right, if a drug does not reduce your cock to the size, texture, and usefulness of a male nipple then wave a loaded gun in your dealer's face and demand justice, atonement, and reparations. If you're a woman then the best way for you to test the strength of a drug is by guessing, and then doubling your current dosage. Do not get so ill though that you can not continue to function as a sex object. That's how real men will know you've done too much and that maybe it's time to take a break, a little nap, curl up like a kitten and wait for the tide of waves behind your eyeballs to ebb.

Though, in an effort to be fair, this suggestion that dresses like a rule goes for men also.