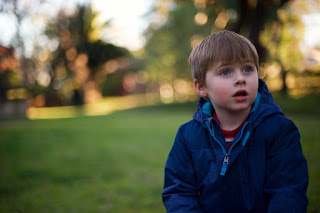 I have been waffling on whether or not to bring the boy to see the new Star Wars movie, The Farts Awaken. I recognize that this is no great moral dilemma, though I invoked the assistance of social media just to check myself against the mores of our times. Then, this morning, the boy awoke briefly, lifted his head and whispered one word, "Vader…."

It seems that the legacy has engraved itself in light and stone. There is a noon showing today at the local theater. Two Jedis - one as ancient as Yoda, the other a young Anakin in training - will be there awaiting its arrival, dancing lights there on the silver screen.

Well, I finally set up the new coffee maker yesterday and ground some coffee beans and hot water into a cup. It was my first attempt. I must have done something wrong. It didn't taste very good. I know that I speak hyperbolically here for reasons all my own, but it was strong enough that I nearly wish that I had taken a couple before-and-after meth mugshots to document the experience for my audience of doctors. I felt that I was sure to die. I tried to focus on something, anything, reminding myself that I had only taken a drug, that I would eventually come down. I cooked an entire chicken in five minutes.

Well, I just made another cup now and it is much better. I bought the wrong beans, Peet's French Roast. I was desperate the days leading up to Christmas and at the wrong grocery store, the one on this side of the tracks. I'll need to go to the fancy store in the good part of town and buy the good stuff.

As I said, I've ruined myself for the joys of the past, again, now there are only the rote mechanics of a new morning ritual. I gave in to the temptations of gateway coffee. I developed an expensive habit, and am already in search of the better beans.