The Feast of St. Stephen 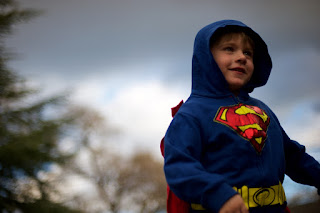 Well, it's over. The magic of Christmas lives on another year. The boy was quite pleased with the bounty from Santa. I'll never drink pre-ground coffee at home again and Darth Vader will have a new life of adventure in Sonoma.

The day was overcast, though the sun broke through here and there, enough for the boy to get out and play on one of his new toys. He picked up on it right away and within a few minutes was navigating pretty well around the parking lot.

A memory of Christmas in the mid 80's has stuck with me, for perhaps morbid reasons. There was a poor kid from a trailer park near Orlando who got a new bike and he went to the air pump at the local gas station, when he went to fill up his new Christmas bike tires with air the bomb went off, ripping off half of his leg and leaving the rest of his body a collection of scar tissue. As far as I know they never found the guy who did it. I say "guy" with acknowledged presumption, but it's always the guys that do shit like that. We all know it.

It's bothered me ever since. I was maybe fifteen or sixteen when it happened. It seemed so evil and yet still somehow petty. For someone to take out their inner anger on what they must have known would have been a child with a new bike on Christmas Day. A small act of direct and anonymous hatred. I am still vaguely suspicious of air pumps at gas stations. It left its psychic mark on me.

That's not what I had meant to write about today. I'm not even sure why that memory re-emerged, except that it always does when a kid gets a new bike for Christmas. There is some dark shadow that follows the day.

I head now to the gym and will try to sweat the bad thoughts out and away. There was much wine consumed in the last two days. A good hour-long sweating at the gym should help. Then, there will be the setting up of the new coffee maker. I also received a French press as a gift, so my coffee options are wide open. The old Mr. Coffee must go, and the boy will go, go, go.

Today, I will celebrate with wine the first Christian martyr, as a recovering Irish-Catholic, tomorrow I will again celebrate St. Stephen's speech to the Sanhedrin, as a friend to the Greek Orthodox parishioners, as an atheist that has once again returned to the fold. 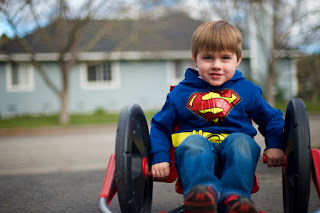