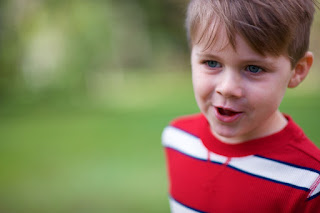 From a NY Times article about public anonymity and/or confession: ''… traveling a well-worn path forged by people who learned early on that the internet was a suitable place - maybe the best place - to share a secret."

The word "divulge" could have also been used there, in place of the other. The truth of it would have remained untouched, though changed.

A friend whose family I recently visited sent me a quote about memory. Its context was drugs and alcohol: "It takes a huge effort to free yourself from a memory." - Paul Coehlo (I'm trusting my friend's source here)

I would agree and disagree, on a few levels, and could restate it in a number of ways where it might be more applicable to me… "It requires effort to develop an obsession."

"The happiness of youthful discovery should be neither forgotten nor abused into ritual."

"The romance of the past should never cross the county line with a minor."

There are so many ways to misstate a truth. That we get to chose among truths should be the first and foremost thing taught. No other single observation has led me to atheism more than that observation, that celestial truths have their origins in human thought. Well that, and my repulsion for most religion's explanation for the cosmos, and man's supposed place in it. There seems to be a fundamental misrepresenting of mankind's purpose, that they even have one.

It is all absurd, this life.

I think that I might have been a better Hindu than just about anything else. I do love the inclusiveness of the Jewish social and familial fabric. Most religions offer some quality that I can esteem, or at least get behind, though I can get my arms around none of them. Something about each vaguely reminds me of falling in love with the wrong person. There is something terribly shameful about being willing to do so much for someone that doesn't deserve it. You want to tell them, but there is no adequate way to do so. How do you impart such a feeling to another person. You can rescind your love, but you can not rescind your initial reasons for giving it.

Afterwards, you find that all of your faith and devotion resulted in nothing. Less than nothing. You awake one morning and brush your teeth, looking up to meet your own eyes, wondering where the substance that comprised your faith and love has slipped off to, in what direction, the quantity of it soon to be depleted. The substance of life like the curled remainder of the tooth paste that you're brushing across the grinning reflection. It would be a growl if it were not for the purely functional nature of the act.

Nothing ever works again the way that newness once did, not even newness.