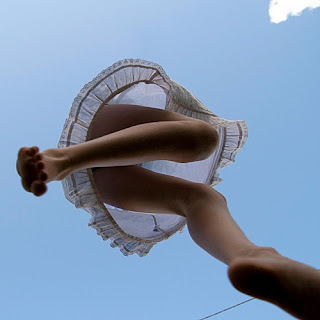 Instead of sleep I was the recipient of something else, something different; not sure what it could be called, something like homelessness?

Our guest from the east was not feeling well and became suddenly ill - though do not worry, her recovery was just as swift, with the help of the boy's mother, and 500 years of patchy science that has resulted in pharmacology.

She suffered a migraine, that had its waterfall effects. It came on very suddenly and was tremendous in its somatic impact. I never cleaned the toilet that I had promised to, and the burden should no longer be mine, even if it is.

This left one room in the apartment as a hospital, or possibly hospice space, and the other as the room that my son sleeps in, in a single bed. He kicked me and tossed and turned as young bodies do.

I moved to the couch, where our ideas of adequate human space conflicted without gunshots. It was as if I was being pestered by my own life choices.

Why had I not purchased a waterbed as a couch... Why?

I tried, oh Lord, I tried. But then again, so did you.

I do not believe that the tale of the myth of the legend of Jesus ever long hovered over his sleeplessness, imbuing it with the spirit. It is an absence in the telling that brings pause to any mind that deserves the term.

Yet they claim that he was man, made of flesh, like me. He may have been many things, but he never slept on a tile floor.