The fading image of the new world 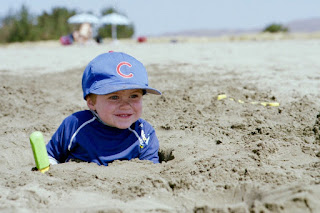 Our guest goes home today. The boy has really taken to her. Kids are such fun like that. They just roll with it.

I processed a few rolls of old film. That's always a treat. Little time capsules. The processing lab, Fuji, accidentally made prints but the pharmacy didn't expect me to pay for them. So, now I'll have gifts for everybody. What a genuine and unique novelty. A printed image.

I would normally have the processing done at a lab in San Francisco, Photoworks, but these were just crappy little color rolls. Those types of places just keep closing. The places that specialize in actual film. Marin Film Works is gone. The digital revolution has killed them all off. Now, Leica is doing what they can to end black and white film.

Best to take a film picture of that old set of Encyclopedia Brittanica before it's too late. So much to do, before then. There are some days in which the only proof I have of the life I've lived is the number of my age.

So many days lost, in anticipation of those nights.