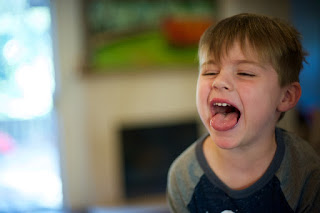 It is no wonder that California has budget problems. I challenge anybody to find the section on this website where you can request a traffic violation extension. You can find the portion that claims that it can be done online, and the letter that I received encouraged me to do so at that site, but that is about as far as that process  seems to have been developed. It just keeps requesting payment information. Payment in full.

So, I sat on hold for forty-five minutes. Only to get an extension until Feb. 1st. Then, the next day I received a letter in the mail, along with my original un-cashed check that I had sent in with proof of correction, explaining that I had not provided proof of registration, even though the ticket clearly only listed that tinted windows as the violation that was in need of correction, which I did "correct" by removing the light tinting on the front windows of my car, for $60. I had initially included a picture of the ticket in this post, in preparation for my day in court, but then removed it, as I'm sure that I'm on the verge of breaking even more laws by the illegal copying and disseminating of government property.

Who knows. There's probably a SWAT team reading this as I write it, pre-publication.

Difficult to believe, but yes, it's true, California does not allow tinting on front windows. Of all the states that needs this option the most they have decided that hot cars are good for infants and even better for defining a target with a laser guided scope when a cop needs to open fire on a few black kids.

So, now that they've fucking pissed me off…. I'm taking the speeding ticket to court, 72mph in a 55 zone. I was with a friend, and we both repeatedly agreed that not only did I not deserve a ticket, but that the 18-wheeler that was right in front of us also going the same speed limit more rightly deserved the ticket as it represented a far greater danger to society.

The fucking useless twat of a cop that wrote me the ticket, from this little seaside dumpster of a city, did so without the courtesy of even being an asshole so that I could feel more justified in my anger and disappointment. I'll call a lawyer today and see if it can be fought without my presence. I wonder what happens when I claim that the cop who wrote me the ticket had been drinking gin out of a dixie cup when he waddled to the side of my car, and then offered to show me naked pictures of his son and daughter dancing together in their backyard wading pool.

Is that illegal, to make a claim like that? There must be some civil implications. Ah well, what is life if not braving a few storms.

What sort of lawyers end up fighting traffic tickets for a living. Only the best, I must assume. Go where the action is, etc.

I dunno, maybe I 'll just write them a nasty letter, filled with indictments and indignation. It's inconceivable to me that the courts have no way of verifying with the DMV that the registration had been renewed, and that any clerk looking at the ticket could see that it was not checked as something that I needed to prove correction on.

I have two weeks to prove correction of the issue. The dolt misspelled my name on the ticket. Maybe I can get out of it on a technicality. I've said it many times before: cops are just like anybody else, incompetent when they're not too busy being corrupt.

One wonders where all of the tax money goes, though one does not wonder for very long.