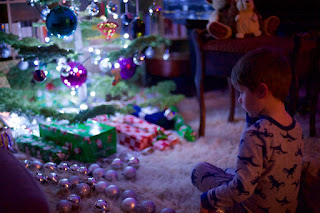 There is nothing to report here, the boy is nearly napping, having exhausted himself on new toys, candy, and clothes.

I am prepared to open the day's first bottle of Cabernet Sauvignon soon. Very soon.

I always opt to work on Christmas Day. It gives me something to do, something to focus on when the gym isn't open and I have exhausted myself thanking the Lord for his birth.

The Immaculate Conception had nothing at all to do with Jesus. Well, very little, anyway. Even most ardent Catholics that I know do not know this. It is the doctrine of Mary's birth, and her being free from sin, not the impregnation of Mary with Jesus through the Father's angelic seed, which is instead covered by the doctrine of Incarnation.

Another shocking fact, to many, is that Immaculate Conception was not officially accepted by the Church until the mid 19th century. Ineffabillis Deus! It is what is known as contemporary dogma, which partially explains its popularity as an object of derision, as well as its popularity as dogmatic doctrine.

Though, there are other reasons, as well. Witchcraft running roughshod through so much that we're told. 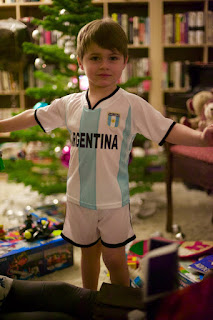