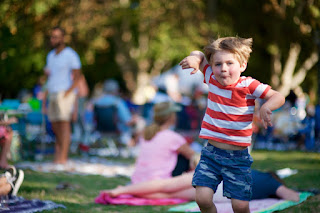 (this kid…what a pure delight)

It has always been a problem, sleeplessness. I recall being a restless child, sneaking out of the house in the middle of the night to roam my neighborhood. There was an office complex between where we lived and "The Mall" that I used to pretend I was infiltrating as a spy, a covert operative. I would walk the cement wall of a recently built condominium complex, attempting to complete the perimeter without having to jump down and then climb back up. It couldn't be done. I had started too late in years. The trees had overgrown in some areas and they were left that way for reasons that were beyond me. This was at a place that used to only be a mostly empty field that any child my age and of my temperament was lucky to have survived. I remember helping build an underground "fort" with only a four-by-four as a center post and a sheet of plywood that was then covered with sand. Death must have laughed at all of us. How any boy survives puberty is a mystery. None of it seems possible. Every foolish action seems designed to invite eternity.

Then, there were the ravages of young adulthood. The artificial wakefulness that I touted as a passion, rambunctiousness as an intended virtue.  Living like a poet, or so I believed, though one without much poetry. An extended adolescence that has not come to completion. Something inside of me still stirs at the thought of returning to Burning Man. It is not the intoxication, though it would be a lie to deny its entry there. It is the invitation of that unique leisure, the forced recapturing of some lost sense of self.

And now this, a dark room awaiting the sun. What next?

I watched Jon Stewart's last show tonight. I could watch it twice and no one would notice, not even me. It is easy enough to believe that I was thirty when he began, though still odd in its placement in the chronology of my life. You get so accustomed to something being there. I grew to dislike parts of his character though to deny his individual talent would be untruthful. I can see why he would quit, but part of me wishes that he wouldn't, or didn't. It feels as if a part of my middle years is also ending. My next serious relationship will likely see me to my fiftieth birthday. I have looked at that previous sentence three times now and nothing makes it any easier to believe, easier to look at.

Bruce Springsteen and the E Street Band performed two songs for the finale of the show. The lyrics hadn't jumped out to me in a while, but they are good ones, though perhaps heard too many times in youth: Together Wendy we can live with the sadness, I'll love you with all the madness in my soul.

I feel that way, also.

It reminded me of another song off the same album.

With her hands on her hips
and that smile on her lips
because she knows that it kills me.

Well, I could go on about how memories of my youth are forever bound up with the music of Bruce Springsteen, but no… I've said that a hundred times before, and it is only a partial truth at best.

There is this also, though:

That thunder in your heart,
at night when you're kneeling in the dark,
that says you're never gonna leave her

But there's this angel in her eyes
that tells such desperate lies
and all you wanna do is believe her.

That Bruce. The Boss.

For a time I was reaching out to far fewer people. There were a small handful that I had on rotating speed dial, but scarcely any outside of that. Few were ever free enough to answer, to chat aimlessly. I would push past their numbers in my phone, not having a real reason to call, not knowing what to say if I did, in need of a prop to start the conversation. Maybe I'll write them an email, I would think, back when people still wrote emails. Now a text exchange covers much territory, somehow without covering much at all, a dash of cleverness hoped for. A smile across darkness. The human voice is the most beautiful musical instrument made.

I have been writing emails though, and talking on the phone, hiding under the covers with a flashlight. It is as if there is suddenly so much to say again, an intense desire to hear and be heard, a willing correspondent at the other end. An open secret announcing itself. A human voice taking the unexplainable shape of laughter, and waking up any minute now.