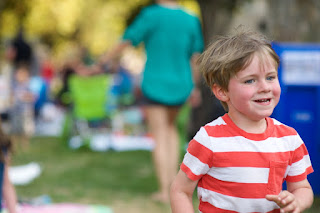 If it's not one malady then it's another, as if my afflictions are all having a nightly game show with my body. I have never been a big believer in self-medication, though this does not mean that I'm an infidel either. I just can't believe that my nervous system has become the war zone that it now is. I blame lying in bed watching things off of the computer, though when I think back to not that long ago when I didn't have a laptop and didn't watch tv I acknowledge that I still had problems. I'm like my own grandfather, wanting to blame my problems on anything new, knowing in my heart that things were once better, though not really believing it myself. Slowly becoming disenchanted and even disappointed with time.

My doctor gives me whatever I ask for, which isn't very helpful when it comes to taunting the temptations. I go in and sit down, he looks at me and shakes his head, just trying to keep me alive with sympathy. He knows that depriving me of things that will reduce pain and anxiety is no good. The man took an oath to help people like me. Well, maybe not people like me, but he took an oath of some sort.

There's no easy answer. I avoid taking anything regularly, but that hasn't helped much. I just bounce back and forth between dangers. Soon I will be able to return to exercising regularly, at least. That is the only thing that seems to work that doesn't come with a litany of health warnings, and scheduled classifications. Though at least one of my recent injuries was exercise related. Lateral epicondylitis. Jesus, it frightens me that I was able to spell that correctly on the first try. You're getting old when you're a walking PDR.

Don't worry kids. If you don't know what a PDR is then don't bother looking it up.

I'm even starting to like the taste of Metamucil.