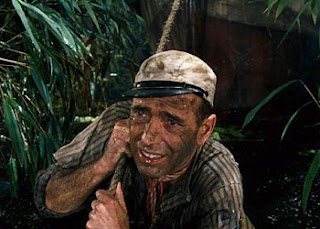 I made it through the night with the help of pain killers, muscle relaxers, some benzodiazepines, my favorite anti-anxiety tablets, a handful of hypnotics, sedatives, half a bottle of cherry NyQuil and a few cautious sips of orange Gatorade.

I feel sound as ten hundred pounds this morning. I even considered downing a few doses of lithium-bicarbonate, for old time's sake.

In all seriousness... rest is what is needed. The best thing to do is induce a coma-like state for as many hours of possible short of eternity. If you can lower your breathing and heart-rate to under four cycles per minute then you become as a well trained Buddhist, wicked in the ways of meditation, prepared to conquer any illness with the pure stillness of body, mind and spirit.

Okay, I'm a dad now... I shouldn't make these jokes. I was nowhere near becoming a Buddhist, though yesterday I was almost on Christ's front doorstep begging to be let in, a crackhead stinking up the pearled gates of the kingdom, digging through the dumpsters of paradise, pooping in the alleys.

It is an odd thing, that the gates of heaven are often described as "pearly." A pearl is a mollusk's defense mechanism against a potential threat. It is, by pure definition, a form of protective excrement. Though, as for our purposes here today we will consider them only as a useful component of the immune system, as that and its failings are our central themes here.

When "the ex" came over to drop off the Gatorade and other benign medicinals she said that my apartment smelled "malarial." It probably didn't help that I was sleeping in a mosquito net, sweating like filthy Bogart pulling the The African Queen downriver, shivering with ungodly chills.

But, all of that has passed now. I shooed away the hellhounds that were scratching at the doors this morning. I applied a nice, cool, fresh layer of Lotrimin on my cock and balls, making sure not to get it in my penis hole, just to verify that it wasn't actually jock itch that I was suffering from. I think that I have the leg-and-ball disease. I found a site online that suggests using a very fine sandpaper to get rid of it.

Who knows… perhaps the many African missionaries. We know that they can always be counted on for some solid testicular science, and skin remedies, and of course I've always had such a soft spot in my cock for them.