Me, My Sherpa, and Why Not? 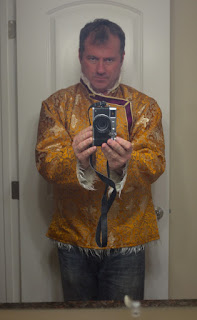 Okay, last night I finally went shopping for some clothes for Burning Man. I gravitated towards women's lingerie, naturally, but ended up finding a mixture of used and new garments. Above is my Himalayan jacket (new), the last piece I bought. I first passed on it, thinking it too expensive. We left the store and walked to my friend's place, but then Cato and I scurried to the car and I arrived at the front door just as the shop owner was closing up for the night. It is nearly useless to me outside of this one event, and the playa is not very cold in the evenings, but once I tried it on I could not be without it. It's not exactly a goncha, but I didn't want to the leave the Upper Haight longing for its animal embrace.

I probably won't even wear it. I bought quite a few other pieces that were cheaper and perhaps more practical. Last year I basically wore what I wear around the house along with a collection of scarves and beads. I desperately needed to up by Burning Man game. I might as well have had a terrycloth robe on the entire time I was there. This year I'll have a few reversible Japanese robes to augment my middle-America collection.

My special friend is making me a piece also. So, I might have different outfits on from day to day, if I remember to change clothes. Most years in the past I've waited for someone to query me about "that smell" before I even bother. This year might be different, I have developed the habit of telling myself. Last year I think I tried to gargle with Gold Bonds powder at one point.

I bought some nice butterfly stockings so that somebody might confuse me with the flute player from Fairport Convention.

I'm trying to get a permit to bring my yack in with me so that I won't have to cycle everywhere, but the Bureau of Land Management are being a bunch of cunts about it. They are questioning my hand-written vaccination records as well as the noble beast's pedigree (also hand-written and part of the same document as the vaccination records). I told them that I once worked as a scrivener and that it was just as good as the original document, which was lost in a amateur chemistry mishap in a friend's basement, but they would not listen, and refused to understand. Some people you just can't reach. They continued to request the original document.

I would prefer not to, of course.

Okay, the boy and I are off to the camping store to stock up on the most powerful anti-inesct chemical compounds that money can buy. I will explain to them that I have an industrial license and to unbox the good stuff for me, the stuff they keep in the back for "preferred customers" such as myself. There will be a cash incentive and I will mention the Monsanto corporation a handful of times, of course, to gain their trust. I will explain that I need something that will clear a 30 yard radius of all living creatures, at all times.

I hear that somebody is selling flamethrowers to civilians now. 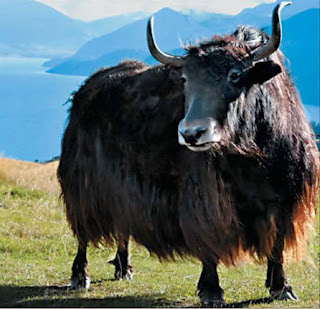