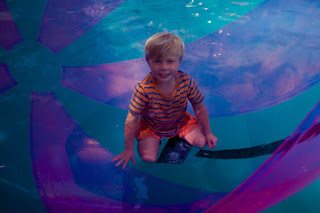 So, to the showcase we went, the pride of Sonoma County. I won't bore you with my observations about such places. I believe that is territory that I have already covered once before. Though, repetition has been the basis of this site as much as its impediment.

Ok, what the hell, a few thoughts wouldn't hurt that much.

County Fairs give insight into a type of people that can be gained in almost no other way. Those same observations can be had, though they require more effort on the part of the observer otherwise, and requires an invitation to come and gawk at the dailyness of the subjects. The fair allows you to stare without suspicion. If farmers are what fascinate you, then the fair is the right place for you.

The same people seemingly exist everywhere in the country, though under normal circumstances they are kept locked up on the farms where they can conduct their business in wide open privacy. Few things are as secret to a normal person as are the things that are regularly conducted on a farm.

Have I mentioned that Sonoma is an agricultural community? I must have, and it is. Anybody should know that. Grapes and cows are among its mainstays. So any fair that is going to take place here is going to highlight the aspects that do not benefit from the celebrity fanfare of the more highly esteemed agricultural efforts of grape production. Those "farmers" are often treated as the spoiled rich kids of the region, and perhaps they are. The cow farmers are just good wholesome common folk, filled with common folk sense.

At one point we were walking by a cow show-off, where the beasts were led around a circle. There was a table of judges making notes concerning their various qualities; their coats, the size and condition of their udders, etc. A real pageant for these bovine beauties. The announcer was berating the audience, reminding them that some people "fail to forget" that the region's farms are driven by this type of farming rather than the other. I had not failed to forget. It is, was, and has been very high on my list of priorities.

So, yesterday the phrase stuck in my mind, and I promised to not fail to forget ever again. I did my best to get a look in the cows' eyes, to see if I could detect there a willingness towards greatness in the world of cattle procession. I stared down the Herefords, the Holsteins and even looked right into an Angus. No luck.

I was wowing my buddy, I think, with my amateur knowledge of genetics, though my memory failed me and I now recognize my error. I had claimed that a horse is more closely genetically linked to a whale than it is to a cow, but I had it wrong, backwards. It is the cow that is more closely linked to the whale than the horse. I suspected then that I might be wrong, but I can speak rather confidently even when harboring private suspicions of intellectual blunder, so that's what I did. It is one of my most striking qualities, to speak confidently through the overcast mind of terrible factual error.

So, we sat and watched a family of traveling retards conduct some semblance of "country theater" for a few minutes, with both of us dads agreeing in hushed tones that the mom on stage was quite fuckable, and that she needed to lose the husband and the daughter. or at least the husband. I pictured her running off with the carnival for a season of sexual excitement, then returning to the fair once she had worn herself out getting group harlequined.

The fair must be the Abel to the carnivals' Cain.

I think it had something to do with her changing costumes and adopting different vocal personas. It made me want to see her titties, and other stuff. Men are just terrible, and feminism won't ever stop that. Masculinism simply has too much scholarship behind it, and now that it has Donald Trump on its side I tremble for its opponents.

Well, I would draw the comparison between the freakishness of the fair and the current field of Republicans but I've run out of time.

A thing did occur to me the other day, when talking with the boy's mother, everything out of her mouth somehow seemed wrong. I was standing there looking at her as if she was an entirely unfamiliar person to me. This woman with whom I had chosen to have a child. Suddenly a new image emerged, seemingly out of nowhere. It was as if I was talking to a Republican. The words were recognizable but somehow the same old horribleness that had ruined so many things in the past was still flowing out. A narrative filled again with the false dogma that I was somehow, no matter the circumstance, doing something wrong.

I suppose we'll all just have to wait and see how she does in the primaries. 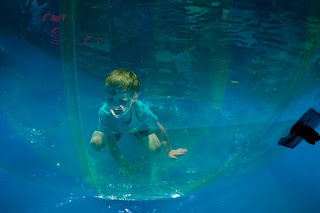