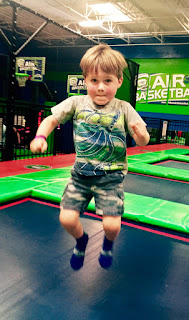 A slow Saturday afternoon, one spent swimming at the pool with the boy. He has been "spitting" at people lately. He spit water at a little girl in the pool so he got an extended "time-out." On his way back over to her to apologize he must have lost sense of his footing and he fell first to his butt, then sideways into the pool.

I fished him out, made sure that he was okay and then sent him on his way to complete his mission. He made his way over to her and whispered an apology which she easily ignored, having likely not even heard him. Then he farted, which she definitely heard, and giggled in response.

So march on the sexes, two by two, or by less.

When we got back from swimming and were changing he announced that I had a big pee-pee and he had a little pee-pee. I thanked him, but told him that this was all a matter of proportion and that one day he would have a monster cock like mine, not to worry, that mine only seemed enormous to him because it was always at eye level.

True but for the last part, the thing about monsters.

The kid is asking a lot of questions lately, particularly about the differences between boys and girls, mommies and daddies, etc. The world must appear quite odd to him. I know it appears that way to me. Odd.

He mentioned a female friend of mine recently and I asked him if he liked her and he said, "Yes, she has a round butt."

"What did you say?

I see. That is part of why I like her, also.

Later that evening I was chatting through text on the computer with the round-butted intimate while I reclined in bed and the boy asked if he could talk to her also. I explained that I was talking to her through written words. He asked if she lived in our house now. I said no, that she was in the city. Then he asked if she was staying here at our house while he wasn't here. Not wanting to confuse him I explained that she was staying in the city while she was here. So then he cut to the heart of the matter and asked if she had been sleeping in my bed.

So, he likes my friend because she has a round butt and he wants to know if I'm sleeping with her.

She figured it out, of course, pointed out to me that the pants that she was wearing had a circular pattern on them and that her butt would have been at his eye level. He sleeps in bed with me quite often still so he must have naturally assumed that she might also while she was visiting.  He might have even been more concerned about someone sleeping in his bed than mine while he wasn't there.

There was an innocent explanation to all of this.

There is no way to completely insulate the boy from my life, nor would I want to. We had put away all of her luggage so as not to raise any questions in the boy's mind. The questions arose anyway, as bubbles in a bath, with rubber duckies ever floating to the top. 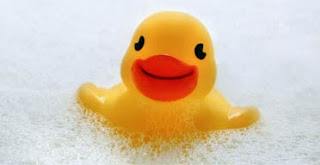