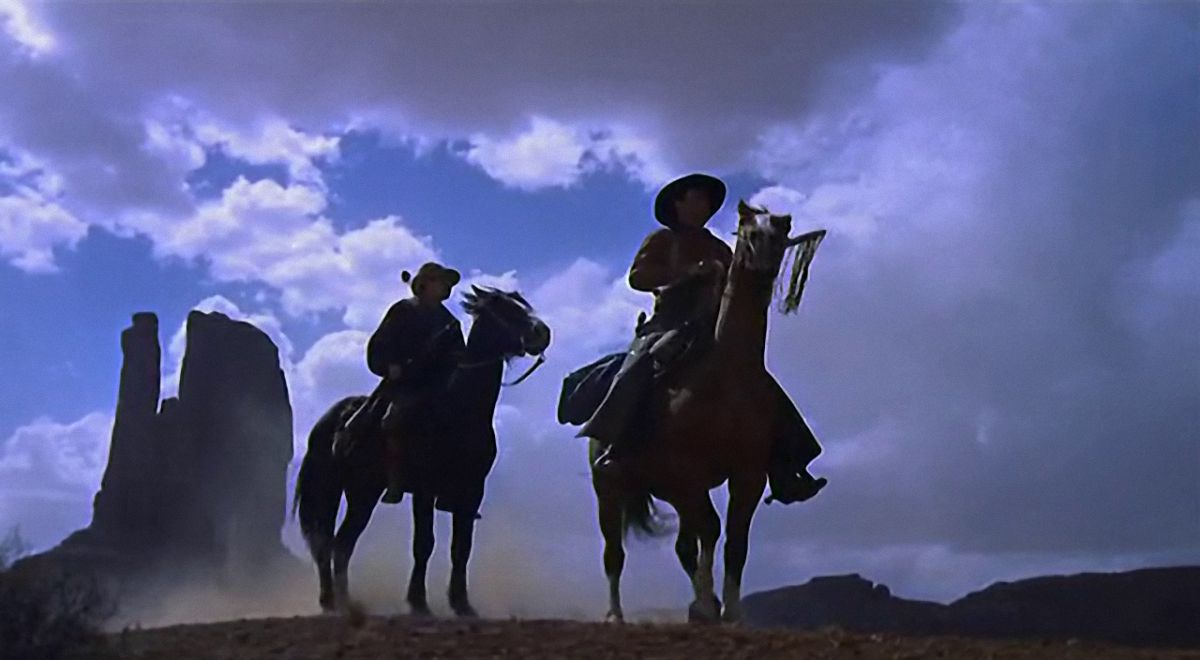 Up early again, watching images stream across a laptop, listening to Christmas music, a playlist sent from an old friend, compiled a few years back from his father's collection. The Twelve Days are upon us.

His father passed away when he was only an adolescent. The effect of it upon him has been evident, in the formation of his personality. A picture of him standing by his father's bedside towards the end is the only tangible connection I have with that previous life he lived, the unreachable life of another's childhood. The collection of seasonal tunes is perhaps one more, though music somehow feels less than tangible to me. No matter how much I have tried to make it physical, it has a recurring ephemeral quality to it that seems to me to be untouchable.

Music will become more and more fleeting as collections will consist entirely of subscriptions. The idea of music as a possession is an increasingly fading one.

Yesterday, watching an old John Wayne film, The Searchers, I was reminded of my mother. She used to tell everybody that would listen that I simply loved John Wayne and Lucille Ball. I have no idea where she got these ideas. Once, or twice, I probably refused to rake the yard, insisting maybe instead that I was watching a film or tv program that starred either of them. From there arose the childhood myth, repeated as often as possible, into my early adult years, and even now by me.

I believe Wayne was once on an episode of I love Lucy, so maybe that's where she got the idea. Who knows.

I should have more rightly called it a John Ford film, rather than a John Wayne film. I suppose it is both. I have had an aversion for John Wayne since I was old enough to understand what an tremendous right-wing bigot he was. CS mentions Playboy interviews. I used to have a collection of them and Wayne's was among the most famous of all of them, and controversial, spewing a mixture of white supremacy, an early form of American exceptionalism, and denouncing any and all welfare programs that didn't involve enforced manual labor. His solution for poverty was quite simple, road gangs, etc.

He laughed at the idea that an actor could ever be president.

My favorite interviews from the Playboy collection were Gore Vidal and Muhammad Ali. There were others but I can barely recall now, though I see the orange bound book as if it were in my hands.

I remember the day that The Duke died. My father was in the hospital. He had eaten some bad fish at work and was in a terrible state. I remember seeing the headlines and the image. The Orlando Sentinel. I was about ten years old and the additional shock reminder of mortality left a crease. A few years later my father was back in that same hospital with the first of his heart-attacks. I remember him reaching for my hand to hold from the ER gurney. I had never seen or felt anything like it.

My father refused to make the matter of the food poisoning a legal issue. My mother felt differently. She was prepared to pounce upon them with a lawyer. My dad seemed more of the company man, best not to make waves.

Perhaps they were both right.


That is enough reminiscing for the morning. Many denounce it, even this form of skewed nostalgia, perhaps without ever knowing how well and often and truly it keeps some from the blade.