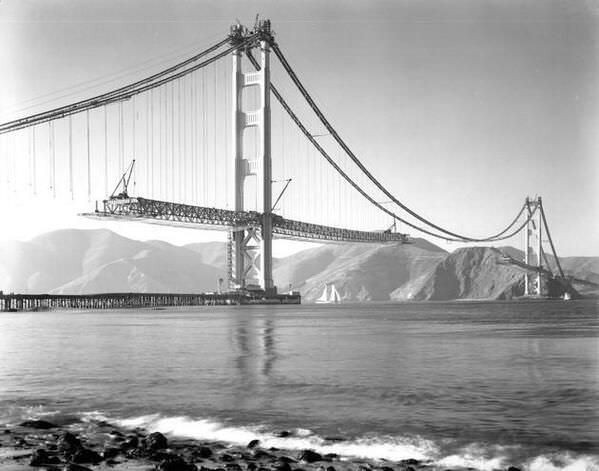 On the considerable, lighter side of suicide:

Another friend, one who is inextricably bound up with the first - at least for me - described a very different telling of a near suicide.

A woman from another land was once a closeted homosexual. Her closest friends knew, but not her parents. You have perhaps heard this same story before.

She had begun cutting herself, in practice; the ritual patterns of self-destruction. Drink, drugs, nightclubs, etc.

No, I can't tell that story well enough today. I don't have it in me.

The tale concludes well, in the affirmative. She sits her parents down and tells them who she is, after playing them this certain piece of music, to let them know, with a newly discovered confidence and hope for love that she is who she is and she wants them to know also.


They are putting up $72 Billion dollars worth of nets to "catch" potential suicides from the Golden Gate Bridge. This is meant to send a message to upstarts. Whether it is "hurry up" or "don't try," nobody has seemingly bothered to yet ask.

There is more on suicide, of course, but I am still trying to get a job at Reader's Digest, the Condensed Division.  Pamphlet makes Perfect!

Here is my rendering of Moby Dick:  My name is A-hole!

I have a talent that some have described as special; reducing articles of meaning down to their most abbreviated value. I get paid in inverse syllables.

Sophie's Choice: You Got chosed!

Most of my important work ends in exclamation points. It is the deep commitment to exclusively exclamatory emphasis. A Farewell to Arms: Bye!

The Hollow Men: Not with a Bang!

I have described myself as a 17 year old genius, to the incredulous boredom of many.

Having repeated this egregious claim many times, some have just accepted it, like Steely Dan on FM radio. They simply can't bear to dedicate the needed energy to fight it off any longer.

I'll tell you this much, anybody that hates Steely Dan does not really deserve to like The Talking Heads. I've never bothered describing here the very deep connection between those two bands, but maybe...

(The linked song below is not a good example. It's possibly the worst example. It happens to be the only SD song that I like, almost.)

Well, I had meant to write something of hoped-for value. I don't have it in me today.


Everybody needs a day off now and then. A vacation: sipping Corona out of a Sandal's resort toilet, positioned thusly on any beach, etc., etc....


I foresee terrible trouble, and I stay here just the same: