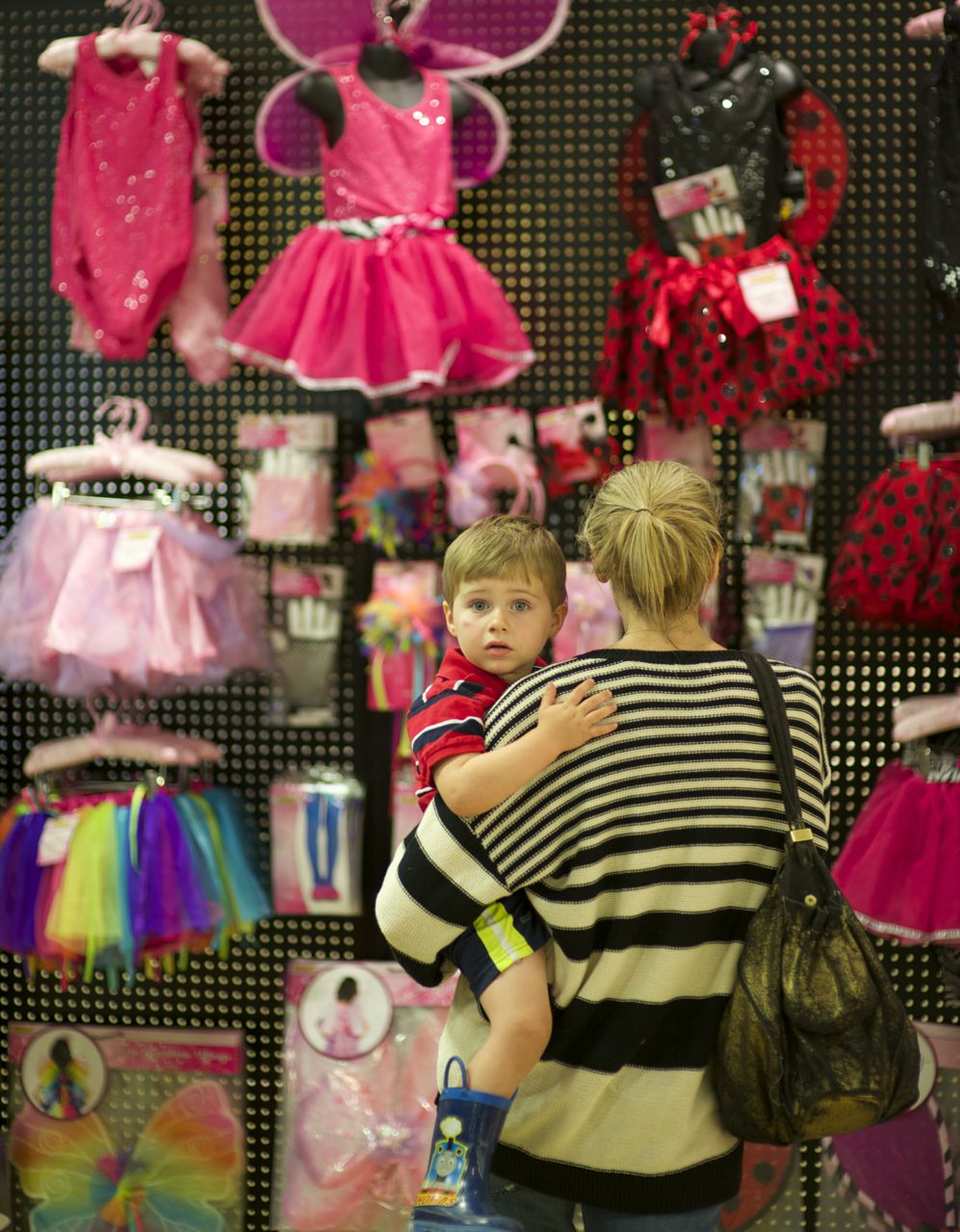 We went to a halloween costume store a few weeks ago. It was ramped up for the season with lots of popup ghouls and scary ghosts. The store was filled with faraway sounds of screams and hauntings. Not giving it enough advance thought perhaps, we showed the boy a few of the surprise skeletons and graveyard zombies. At first he seemed to like it, but then his mother and I found ourselves reminding him that it's not real, and not to worry. Then she just walked away from it all, took him over to the fairy princess wall.

Look carefully above at the very serious countenance of concern on the boy's face, in fear for daddy's safety as I lingered back with the dark goblins that were sure to get me.

We now know where his first real nightmares were birthed.

That's the reason I wrote yesterday's post, which was slightly less successful than one of my suicide posts. I guess people aren't quite in the mood for ol' Grimm's fairy tales yet.

Ah well, I had the pictures, figured that I might as well use them. The haunted house of Usher is behind us now.

I wish that I had today off from work.

I would lounge and loaf and invite my soul.

Perhaps hike a hill with just a jug of wine and an empty notebook, rid the mind of its terror and some of its cobwebs, breathe what there is to breathe in from the top of a perfect day. Return with the story of seeing off to faraway distances, past the autumn waters, beyond the hills across the bay, to the sun. To treat observation of the world as a sort of open invocation, to feel the wind as a type of listening, to regard silence as its reply.