This is what you shall do: hate tyrants 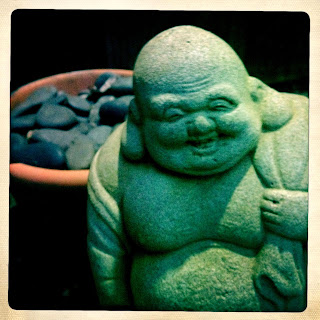 Today we go. Down the coast to see what there is to see. There are elephant seals at Año Nuevo Point, a state park. They are mating and Rachel has indicated that she wants to watch this. Then, further down the coast to a point as yet undecided. We have a hotel booked in Monterey for tonight.

This will be our first trip without a real destination since having Rhys. It unsettles Rachel a little bit, I can tell. She keeps asking me what I want to do, what plans can be made. It is part of what constitutes our love, our differences in this way.  In a few years I will be able to take them tent camping. Rachel claims that she does not like it but I suspect otherwise. She prefers to sleep in a cabin, a room of some sort. I prefer the sound and feel of nature, even the cold.

One time I took a friend camping who was somewhat unsettled at the premise of setting up a campsite in total darkness. She stayed in the car while I assembled the tent and prepared the campsite. Once that was completed she ventured from the car to the tent with me acting as security, a park ranger of sorts, to shield her from savage nature. In the morning, with the sun up, the sound of the river trickling in the near distance, the fears seemed laughable, they were laughable. But in the darkness of night, there are many dangers, too many for most. There is often no end to fear, unless one is chosen in advance.

The other night I was talking to an old camping buddy of mine. We spoke of many things, but not of camping. When we got off of the phone I picked up a book of poems by Walt Whitman, a thing I rarely do, and did this night for no specific reason. There was a picture holding a place in the book. It was from a camping trip we took when we were young. We discovered a fire that an angry arsonist had just set. We reported it, took some pictures, and moved on, back to our camp. I have another picture from that night of an entire mountain that is on fire, a long exposure so that the sky appears blue while the mountain burns. The park ranger who came to our site later that night to question us about it told us that they had had some problems with a few brothers who were angry about various things.

I read a few pages from the book, then took a picture of the picture and sent it to the friend.

This is the famous passage that the picture held:

"This is what you shall do: Love the earth and sun and the animals, despise riches, give alms to every one that asks, stand up for the stupid and crazy, devote your income and labor to others, hate tyrants, argue not concerning God, have patience and indulgence toward the people, take off your hat to nothing known or unknown or to any man or number of men, go freely with powerful uneducated persons and with the young and with the mothers of families, read these leaves in the open air every season of every year of your life, re-examine all you have been told at school or church or in any book, dismiss whatever insults your own soul; and your very flesh shall be a great poem... " - Walt Whitman, preface to the 1855 edition of Leaves of Grass 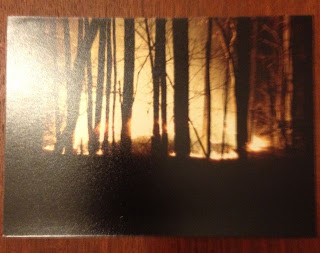 (fire on the mountain)