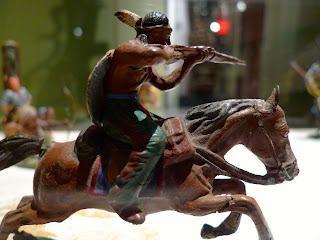 I've taken to arguing with cops online now. It's fun, because they're just as threatening, and just as willing to misuse their power, but it becomes more difficult for them to do so from a distance, though not entirely impossible.

"Know in my heart that I am pistol-whipping your dumb ass right now."

I wonder how many background checks were run on me last night.

Cops just seem to like me; they like handcuffing me, they like threatening me, they like screaming at me, they like punching me in the head, and they like taking me to jail. I don't know what it is. I must be a fun guy to arrest. But the internet deprives them of those immediate pleasures, so they resort to verbal threats, which is just so cute.

There is something about my attitude that brings a deep and abiding joy to the cop heart. Particularly when I say things like, "Cops are just like anybody else, they are mostly incompetent when they're not too busy being corrupt."

I just feel safe knowing that there are such level headed professionals out there upholding the law, dedicated to the idea of being public servants.

I finally finished the Thomas Jefferson book. He dies at the end. It is a famous story that we all remember from elementary school civics class. He holds on until the morning of the 50th anniversary of the signing of The Declaration of Independence. His friend and political foe John Adams also died that same morning, on July 4th, 1826; also on the committee to draft the declaration, also a signer. What an odd and poetic ending to two lives dedicated to the cause of democracy.

Now I am free to read other books.

I thought it was funny and coincidental that the placeholder that I used when reading the Jefferson book was my receipt for having recently voted. I left it in the book for someone else to one day find.

My take on the Jefferson book: "Man... Fuck Alexander Hamilton!"