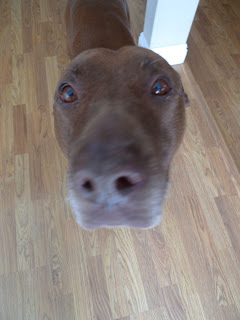 Yesterday went as planned. There was perpetual drinking, and then endless driving around. I don't understand how everybody in LA doesn't have multiple drinking and driving arrests. It's no wonder that the nation focuses on Lindsay Lohan's troubles as a personality to publicly admonish while bolstering their own sense of morality and personal responsibility. She just seems like a normal young woman around here, not even problematic, just famous.

We took a drive up Mulholland and around to Sunset, commenting on the many legendary places and people. We stopped at the Frolic Room and the Blue Palms, experimenting with beers and then martinis and then beer again. By the end of the day I was exhausted. I took a couple Xanax, a pain killer, an anti-inflammatory, a cute little yellow pill that looked familiar though whose purpose I have long since forgotten, and some aspirin to thin my blood for whatever the night might bring. If I hadn't been drinking all day long I might have worried about my hydration levels, but as it was I felt secure that my body would find its rightful place, achieving stasis.

By the time that I made it to the guest room where my air mattress awaited me I felt as comfortable as I ever remember feeling before. I vaguely remember waking up at one point to piss, then back to my inflatable cloud, not even interrupting my dreams. I must have slept for another 10 hours. Not even coffee can break through my tranquility this morning. I am as an old Zen master, calmed and meditative, all knowing. All of life merely a giant marshmallow, nothing can harm me.

Yesterday we visited one of the nicest homes I've ever been to. It was up in Beverly Hills. I would have taken pictures and used them here this morning but did not want to seem like a tourist. Having lived in New York for 12 years has taught me a few things about how to act, some traits being good, others not as much. But the house was a marvel, a visual event. That's where we'll go and watch the Super Bowl today. There is an impressive media room there. To get to it you must be willing to walk across a glass floor that shows the vast wine cellar below. The place is populated with much modern art, each piece an investment as well as a luxury. The entire guest house has been converted into a studio room, dedicated to music. There were two turntables set up in the "dj fashion" so my friend and I spent the evening reminding ourselves how old we are, taking turns at being fat with headphones on.

When Justin Bieber visited the house he offered to buy it on the spot, to give you an idea.

Now my friend is making eggs with vegetables and chicken. The vapors are working their way through my morning fog, reminding me that today is America's big day. 47 years ago we became a proud nation, with a sport that is larger than all other sports combined worldwide. It's annual revenues place it as being larger than many nation's entire economies. I mean... when Superman lets you use his name to advertise a game, you know that you've finally made it, that you've arrived on the galactic scene. Let's hope the dreaded General Zod from Krypton doesn't ruin it for us all.