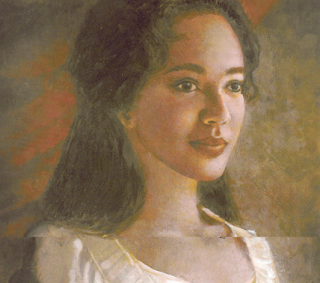 Thomas Jefferson has just barely beaten Aaron Burr for the presidency. Tied him, in fact. The country was having one of its first Constitutional crises. They ended up amending it (12th) such that the result was it greatly strengthening and embedding party politics into the fabric of the country. The system used to be that the two men with the most electoral college votes became President and Vice President, irrespective of party. But there were 146 votes cast at the time. Well, I've told this story backwards, you already know what happened.... There was a tie between Jefferson and Burr that had to be decided in the House of Representatives. Jefferson was Vice President at the time, to President John Adams, a man who left the city of Washington and never returned. He did not even attend Jefferson's inauguration.

After the 12th amendment two men ran together to form a party platform, opposing another party's platform, also of two men. Several hundred years later Geraldine Ferraro ran as a Vice Presidential candidate. When she made the cover of Time magazine several of our family's friends noted that she looked much like my mother, though I can't see it now. There must have been some truth to it then.

Jefferson used Hamiltonian policy to achieve Jeffersonian ideals. Don't ever believe what anybody in the tea-party tells you, ever. Don't believe any of the nonsense that the tea-partiers disguised as libertarians will tell you either. All of the founding fathers increased the size and strength of the federal government, out of sheer and obvious necessity. The need to do so was both domestic and international in nature. Hamilton, through Burr, aided in Jefferson's victory though he opposed many of J.'s policies and ideals. The animosity between Burr and Hamilton became so great that they famously engaged in code duello with only Burr remaining.

Maybe I'll read "Burr" by Gore Vidal next, for my fictive historical pleasure.

Things are also developing between Jefferson and Sally Hemings, a woman who was, by the few accounts that remain, one of the most beautiful women ever available to their owner. She was Jefferson's late wife Martha's half sister. That's right, Martha Jefferson's father was also Sally Hemings father. The painting above is not of her, there are none. There are only four remaining descriptions.

She went to France with Jefferson where she demanded her freedom from him. Under French law she would have been given it. Jefferson begged and pleaded. She returned with him and remained his property for 37 years. But he kept his agreement with her. As part of the deal they struck, all of her children - those with him unsurprisingly included - were granted their freedom at the age of 21.

I have slowed down in reading the biography, it is that good. The changes that Jefferson put into place, in many ways, helped right the country from Federalist policy. His principles are the ones now cherished most by those who seem to understand them the least. It is this early shaping of the country that made us what we now are, for better or for worse. The Alien and Sedition Acts of John Adam's presidency are finding their full fruition in our current President. Though J. also used them for his political gain, he attempted to righten the wrongs once in power, rather than what we seem to have now, a reversal of the same principle.

I recently visited a friend's house in Los Angeles and saw the biography of J. on his shelf also. I had made a recommendation and voila', there it was. My friend had asked for a suggestion on RFK, FDR or Lincoln. Having only read an abridged version of Carl Sandburg's biography on Lincoln when I was much younger I had nothing to suggest. Only recently have I developed a sustaining interest in history. Most of it that I've ingested has been through fiction. It's no small wonder I am "proven wrong" so often online, on all points political. 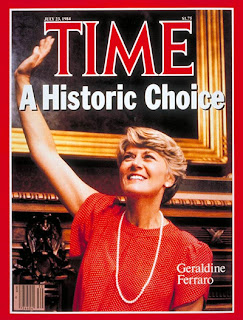