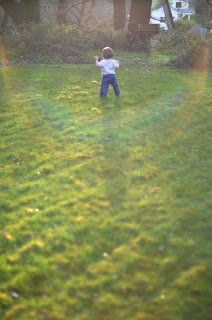 The battle dwindles on. The retired cop that I've been arguing with online has resorted to doing background research on me. Apparently he used to be a detective. The one thing he has yet to detect is what an enormous douche-bag he is, and where exactly that smell is coming from.... He's found this to be a very pro-Xanax site, as he seems to have latched on to the one observation that really seems to stick in his craw. So, that was for you, my brown-shirted patriot of preservation.

Who knows what he does to blow off some steam. Maybe he just reads arrest reports, mine. Who can possibly guess.... He's just biding his time, salivating for torture to trickle down to the local level where it can actually do some good.

He's threatened to print out my statements online and fax them to the local police departments, so that my thoughts on police abuse of power will be well documented with those who might need it the most in a time of trouble. They should be notified that a dangerous "leftist" is living amongst them.

He has accused me of "hiding behind my keyboard"... I'd offer to debate him publicly but it seems a great expense and an unfair competition. Beyond that, I'm not quite sure what he could possibly mean. He insists that he's not threatening me, or hasn't yet anyway. So, I'm not precisely sure what it is I could be hiding from.

This is the kind of person he is.

I should contact my old buddy from Texas and let him know that a cop doesn't treat private domains as copyrighted material, see what his squadron of lawyers has to say about it.

A mutual friend assures me that the ex-cop is a "good guy." But aren't they all, really? I mean, there are no assholes among them, they're just doing what they have to do. What would you do...? They have been trusted with a great responsibility and all of them treat the law with such high regard. If a loud-mouth stands in the way of a little routine police business then they do what has to be done to neutralize the danger. Mace is cheap and paid for by the people they use it on. When bought in bulk it just makes sense. It does have a shelf-life, for all goodness' sake.

Oh well, the weekend moves on.

Rachel's grandpa arrives today. We will hear stories of a simpler time. Or, they at least seem that way when put in story form.