I am the Walmart 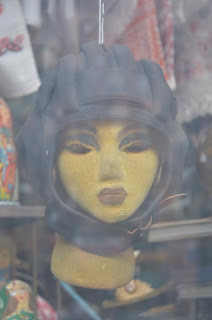 Well, my opium addiction did not turn out the way that I had hoped.  It will be that much more difficult with Osama Bin Bogeyman gone now. But who knows. With crisis comes opportunity...

Facebook really is the place to spend the hours after this sort of breaking news.  There really is no other source where you can experience the democracy of opinion in this way.  Everybody gets to trot out their jingoism and veiled bigotry either for or against one group or another.  It is fascinating.  I wish it were possible to relay some of the conversation threads that I was involved in last night but the timing of responses is lost when trying to relay it.  It simply is something that can not be reconstructed.  I was like a crazed addict last night, up to all hours of the early morning, sweating in a frenzy of digital interactions. My wife went out on the couch to sleep because I was twitching with internet excitement.  I have been on an anti-anxiety medication and I swear to you it fueled these feelings far more than it medicated them.
When I went back and looked at the the conversations again this morning some of the more absurd statements had been deleted.  Not mine of course. All of my ridiculousness was there in full. Except for one rather lengthy conversation about the relative intellectual merits of the armed forces.  I had really hoped to look through that one but the entire thing was gone.  The doubled up anti-anxiety medication I was taking had finally taken complete control of my mind and body and I seem to remember signing off from the conversation pleasantly but perhaps that was the anxiety medication telling me late night untruths.
I am convinced that Bin Laden died of old-age and boredom. Though I haven't bothered looking at the news reports to get the full details.  Why should I?  It's much easier to make up my own version of the truth. One that fits into my various feelings of elated paranoia at the moment. It's been almost 10 years since his most well-known attack on the United States and he hasn't followed up to that attack very well since then.

Ok, so I just went and looked at it, apparently it was an elite team of imaginary super heroes, operating outside of international law, that is claiming credit for the strike. Team 6 they are called. I think it would be funny if other nation's elite special-ops task forces start taking credit for the strike in the press also.  A sort of media terrorism turned on its head.
Here are some Facebook highlights for those of you who are underprivileged and can not afford an account. Be careful some of these are meant to be jokes. They can be dangerous and confusing otherwise:
- I only wish Saddam had lived to see this day
- Today will be celebrated as Hitlerrific
- What an awful parade of misguided confusion. The very thing we would accuse the enemy of... Osama's death is no more meaningful than Geraldo Rivera's entire career. It is cause for neither surprise nor celebration. Pull yourselves together free world...  It's not as if we'll go out burning deserts on tv in celebration.
- By tomorrow morning our enemies will be vanquished and the world will awake to an unending feast.
- Oddly Christ's death is the most celebrated death of all of history, and no single name has caused as much joy or death since.
- We are a lost world of story listeners
- America passed away from natural causes. On this day its definition and symbol of terrorism died of old age. Once the Soviet Union dissolved then America was never the same. It could be said that loneliness was  the cause. Without an enemy then what is an empire? Truly, power is meant to match power. We have lost the power to empower our enemies. Only satire will amuse us now... long live sarcasm.
- I am the Walmart
- At least we can rest comfortably knowing that it wasn't Dick Cheney that blew his cover... Dick Cheney only blows people's faces off. 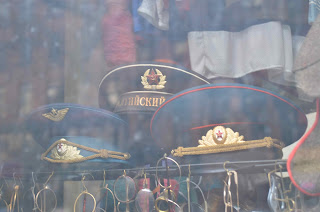