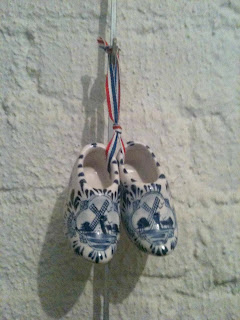 Well, I got yet another new computer.  A more powerful one, with two new "Thunderbolt" ports. It is really something. I will have to wait until Thunderbolt accessories are made to make use of the new protocol. But that should happen right about the time that I can afford something new anyway.  So the world appears to be perfectly arranged in its own way. I just looked at a stats program and nothing that I am doing by using Safari to type this post, the dictionary, text-edit, or the address book, or any process that is being run by the operating system is causing it to even show any usage at all.  It reflects a 0% usage of the cpu. But to be fair, I haven't had my morning coffee yet...

Yes, I am a nerd. I often console myself with the idea that I am not as much of a nerd as many others around me, but that really changes nothing.  I am heading towards being one of those middle-aged men that tries to brag to others like him how quickly I am able to rip dvds and send them back to Netflix now.  As if it is foolish of Netflix to even trifle with a man like me. That I am a towering force of processor nerdom to be reckoned with when it comes to computing power and knowledge of local USPS pickup times.  But it is partially true. For the uber-nerds out there... I got the new 3.1 ghz quad core Sandy Bridge i5.  I could have put in an extra $200 and gotten the i7 processor, which supports Hyper Threading.... But at the end of the day.... I'm a nerd, why celebrate it any more than I already have?
I have begun dreaming of another life, one that might unfold in a more pastoral place, one where I often awake to relative silence and peace.  Sonoma.  It is a big leap and we are still in the negotiation stage of what it means for us. But the thought is a recurring and appealing one. We have lived too long in New York.  It is difficult to imagine living in another city that would entice us as much as this one, though there are many that are worth considering. So we are thinking that we will soon abandon this city life.  We want to live in a place that encourages and enables a much healthier way of living.  It is a big leap.  That is the main consideration we seem to be having.  Are we ready to leap so far?
It would, of course, mean that we would need to buy cars.  Neither of us is very excited about the prospect of having to own a car. But it is a thing that must happen if we are to move.  Soon I will stop discussing relative power comparisons of computers and I will dive into the various merits of power tools and which brands are to be proud of in terms of design and build.  I will discuss the longevity of one brand over another and I will take pride in the slowly growing but reasonably meager tool collection that I will develop. I will lose most of my current readers and hopefully attract a new sort, one that will not just giggle at my many neurotic tendencies but one that will draw me out in argument with phrases like: "Black and Decker drills aren't qualified to drill hooks to even hang a Dewalt on!"
And on and on.
You will see.
.
Posted by Sean Q6 at 3:49 AM