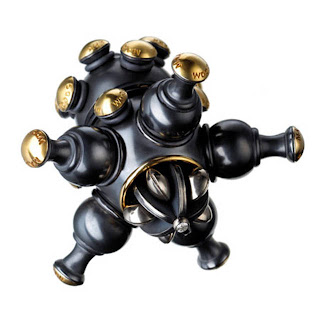 "Don't bend; don't water it down; don't try to make it logical; don't edit your soul according to the fashion. Rather, follow your most intense obsessions mercilessly." - Franz Kafka

Well, that was easy for Kafka to say. He died in relative obscurity as a mostly unrecognized genius.  It's not nearly as easy to make such wild claims when you are the author of a famous internet blog....
No, that's not exactly how I wanted to start off this morning.
Let me try again: Franz Kafka was very "esque"...
No, that's not it either.
Well, I was going to write about obsessions and their effect.  It's interesting how some people seem to go through life without ever really having any obsessions to speak of. They might have interests but they do not have obsessions.  I'm not sure what the precise dividing line is between the two, but for myself I know that I can be obsessed with something without even really being interested in it, at least not in the normal sense.
It is a difficult thing to discuss without giving examples, and who would ever risk that? Obsessions are meant to be cautiously guarded. Though they usually have a way of somehow revealing themselves  Perhaps that is the dividing line. Interests are things that you are able and willing to share and obsessions are far more singular, private to the point of mental malady.  I'll give that some thought as I am typing and see if that criteria holds. For now, it serves to say that an interest is something that occupies one's mind upon choosing, and an obsession is something that dominates one's mind entirely beyond reason and choice, it is more of a fixation.  A person can act persistently, while an obsession is persistence personified.
That's it, I think I'm getting closer. An obsession is more closely aligned to some fetishistic attachment to an idea or object or vision. Where an interest is a simple state of maintained curiosity. Those distinctions will hold for the purpose of this post, I hope.  I suppose what I am suggesting is that an obsession must always be somewhat sexual in its primary impulse, even if the object of the obsession offers no overt sexual meaning to anybody beyond the obsessor, the obsessed.
All obsessions are neurotic, of course, though some are rewarded. When an obsession is able to generate outside interest or (better yet) payment, when it is sellable, then it becomes applauded. If it can be commodified then it can be fetishized rewardingly. But when an obsession will not generate that sort of reward then it is denounced and discouraged, swept under the rug of civilization. As usual most people are as blind to their hypocrisies as they are to the usefulness of their obsessions.  How can an outsider ever convince someone else of the futility of their fixations?
I hear the term Obsessive-Compulsive Disorder tossed around quite often, especially by those who have had a long relationship with drugs and are unable to muster any greater explanation for their activities, or lack thereof. This terms suits their purposes as it is one broadly recognized by the psychiatric community.  These people are often self-diagnosed, or vaguely diagnosed by someone else who has read an article in Vanity Fair about this dreaded affliction that involves the unnecessary washing of one's hands..... It is such a common mental disorder that it forces question of the term disorder itself.  At what point does something achieve normalcy through its omnipresence?
My name is Sean and I am a compulsively obsessed.....
While I was single, during an extended hiatus from my relationship with the woman who became my wife, Rachel, I was sitting in a bar on an autumn afternoon talking to a couple of girls from Australia.  They were on vacation and they were here to see what sort of trouble they could stir up, and they found me.  As we talked the girl that gravitated towards me the most confided that back home she was a working dominatrix.  I was quite understandably fascinated.  She didn't start right off telling me juicy details about her work, but she used a phrase in conversation that has bounced around in my head ever since: traditional fetish objects.
Now, to a normal person this phrase just is what it is. But in my wildly imaginative mind I immediately began reducing the world down to traditional and non-traditional fetish objects and I was amazed to find how many traditional objects there are in the world around us. So some people (men, mostly) must walk through life in a state of nearly perpetual neurotic sexual frenzy.
I sat and chatted with this young girl for some time.  I had her trot out a list of what she would consider non-traditional fetish objects. I won't go over all of them here as they make scant sense to me or anybody else. But it was an astonishing list I assure you... bridges, towers, trees, mountains, buildings, billboards, bookshelves, libraries, the sound of an air-conditioner, almost anything.  The sheer size of some of the objects was what surprised me as there seemed to me to be no way to interact with these objects sexually.  She assured me that was not the case at all.  That for some it is the sole focus of all of their sexual energies.
Though I was somewhat unsure of precisely what to do with this girl my impulses told me there must be some ulterior purpose for my sudden interest. Then it dawned on me.... My 40th birthday was rapidly approaching. I had deeply unsettled feelings about turning 40 and this young girl (about 21 or 22 yrs. old) was perfect. A dominatrix was exactly what I needed. How could I have not seen that before?

Rage, rage against the dying of the laugh....
It would accomplish two things at once.  It would give me a way out of dealing with turning 40 and not being together with the woman that I loved (I had asked Rachel not to come and not to call me) , and it would keep my friends at an uncomfortable distance from me so that I wouldn't have to deal with them dealing with me turning 40.  You see, I wouldn't have to deal with turning 40.

Was that two things or just one?
But it was all for naught... the girl never called me and I had to attend my party sans leash, sans dog-collar. Just another 40 year old dude drinking beer with his friends. The dominatrix sleeps tonight...
Where have I run off to with this obsession piece.
I have read that a person has little control over the object of fetishistic choice. That it is something in early life that generally causes an attachment and it is difficult, if not impossible, to change that object. They can only work towards changing their behavior towards that object.  Much the same as the claim that an alcoholic remains an alcoholic even when they are not drinking, they have simply chosen not to aggravate their condition with the ingestion of the stuff, the poison. The fetishist must learn to navigate their way through life without spiraling into a frenzied attachment to the fetish object.
Well, I've lost my subject now.  I hadn't meant to address obsession through fetish alone. Somehow the Australian dominatrix sidetracked this whole post and I am running out of time.
I leave you with the image of this very traditional fetish object. It is even a touch old-fashioned in its quaintness.... 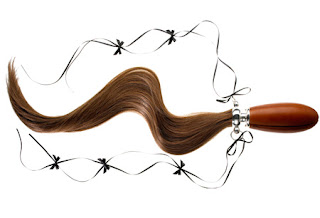