OUT OF NEW YORK 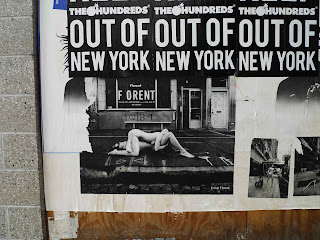 When I reflect on the things that I might miss about New York I think mostly of the extraordinary edginess of the city. Though that quality has softened much over the years that I've lived here. It remains a very interesting place to live.

Ignore what Madonna has to say about things for now, and perhaps for good.

Apparently Berlin is the new place for eccentrics to live cheaply. 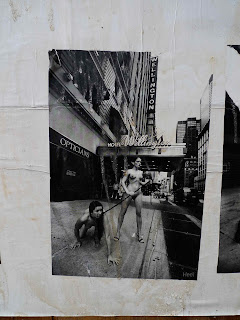 We discussed living in Berlin. My wife lived in Berlin once before.  She loved it, though she seemed less eager to go back there than to go west.

I romanticize living in Berlin somewhat, as I do many cities in Europe.  Prague, Amsterdam, Barcelona, Paris, Berlin... those names still evoke many literary dreams for me. 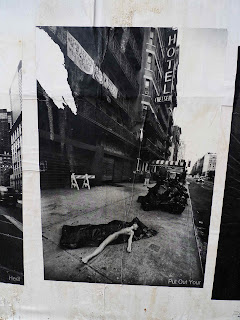 Some years ago, when I first moved to New York, I was walking towards the apartment that I was staying in on the far west side of 43rd St.  I was watching the place for a friend, caring for his siamese cats.  The person walking in front of me was staggering. They did not seem healthy or sober. My pace slowed as I awaited a good moment to pass, to move on, to go home.  There was yet another person in front of them who had made a sudden turn and went up the outside steps of a building. They were getting their keys out to go home.  The person in front of me collapsed on the pavement in front of the building. He was crying.  He was a young man. He attempted to curl up into a fetal position.  His clothes were tattered and he was bruised with sores on his face. He appeared to be stricken with AIDS. It was clear that he was dying, and soon.

The man on the steps turned and addressed the situation and me.  I hoped that in being a more experienced New Yorker he would perhaps offer some insight into what to do.  He looked at the person on the ground with disgust and he said, "Why does this have to happen in front of my building?" He turned and went inside. The man on the ground begged for help.  I walked by looking at all of it as it was happening, as if none of it was happening to me.


I had always been told that I should move to New York, that the city suited my pace of living, that I talk much too fast for a southerner, and people would be able to understand me more easily in New York. 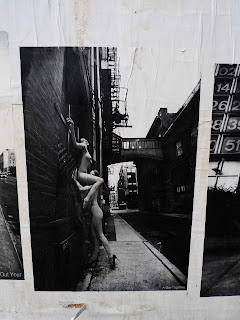 These pictures were all taken in the gallery district in Chelsea. They all suggest sex and something else, death, I guess it's called. If it is not death then it is the suggestion of wrongdoing. Death is maybe only the evidence of the thing being suggested rather than the actual subject itself.

These posters were all printed in black and white. My pictures of them were shot in color though. 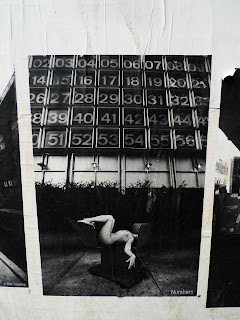 One morning very early I was up and reading a book on the couch in the front room in the twilight of the coming day.  I detected some movement out of the corner of my eye through the window and across the street. There on the roof of the adjacent building was a girl giving a guy a blow-job against the wall of another building. They were partially dressed in outfits, as if they had been to some sort of costume ball, though there was no holiday or occasion that I could relate to an event.  They were there for some time. They did other things while up there also. But it started with the first part that I mentioned.

Later my wife was disappointed that I did not wake her up to tell her, to bring her to the front window so that she could see.  She had to work that day and I thought only of her sleep. 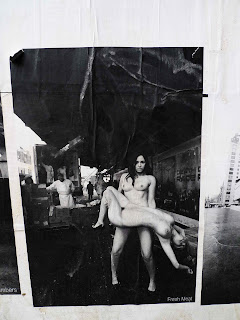 I still love to return to the city from the airport by way of cab. To see the skyline emerge from behind the buildings of Brooklyn. To see them, as if in motion as well, along with me. To see them moving as part of one great island of light. Some buildings glowing as if they were crystals, like in Superman's ice palace home. They give off the last energy of a perverted new age, while also telling the tales of ages passed, like the neon of Miami, but sick with an upwards overgrowth, the most organized tumors ever known, famous in their arrangements. 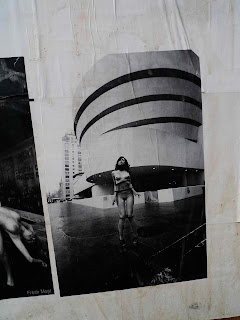 The experiences I've had here have been often shocking. Though as time passes I am shocked by less and less. I have finally become a New Yorker.  Somehow I invite hugs of greeting far less than I used to.  New Yorkers create a space around them, a rigid personal space, that is somehow less inviting, or less breach-able than other people that I know elsewhere. You can detect their desire to not be touched, even in friendship. They are hard and brittle and prepared to break, though never breaking.
They do not invite but rather silently reject open affections.
My friend studying therapeutic yoga techniques talks to me of people dying, trying to help them, touching their faces and heads and shoulders. Some of them have not been touched in months.
The way that I talk about things has changed.  I have become even more caustic.  More like the buildings of the city and less like a person that is building a person.
The growth rate has slowed to a crawl.
I've never read Emile Zola.  J'accuse....
.
Posted by Sean Q6 at 8:27 AM