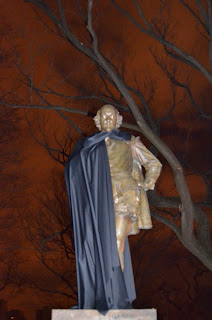 A funny coincidence.  Last night when I got home from work I wrote a post about my various disappointments with the shift-of-powers and loss-of-rights that I've experienced in my lifetime... When I got home tonight I found my wife watching "JFK" by Oliver Stone.  Now, I want to be very clear on this matter: I do not think about Oliver Stone after I have stopped watching any of his films, and likewise resist thinking of him as an auteur or anything else during the film-watching process.

I barely even think of him as a filmmaker. Tonight I am making a special exception for the purpose of this site. I feel like there should be a special word for somebody like him, but not "filmmaker"....  I prefer to reserve that word for people who have created works that I often do think about after the film is over.  Werner Herzog, for example. That is an artist that I consider highly and on pleasant and frequent occasion.

Auteur is not right word either, even though it has sufficient pomposity.


My wife fell asleep from the effects of a long day at work and I sat in bed quietly watching the end of the film, drinking slowly (by my standards), glass after transparent glass of lovely red wine.

There is a montage/monologue at the end of the film. It is quite famous, and it is quite stirring.  I realized that I have wanted, for perhaps my whole adult life, to be somebody like Jim Garrison (not Kevin Costner), and yet I know nothing about him beyond this film, Garrison I mean.

I am probably far more like Oliver Stone and I can not stand that.  I detest looking at the sentence on the screen in front of me, knowing that I wrote it, and will probably post it, out of patriotic duty to my readers, etc. Many might see a statement comparing myself to Oliver Stone as one of arrogance. I see it much more as shameless self-pity, even pathetic defeat. Which others must also see as a sign of advanced arrogance, and on and on. It never ends.

I just think that he stirs only certain emotions, and mostly in others. Ones that I am ashamed of, but also ones that I sometimes respond to.  It is like admitting that you hate sweetened chocolate. Hershey's kisses... not even real chocolate... It is only sweetened feces.

It feels good to be righteous. Even when you are high like old Oliver.  In these unstoppably self-conscious times there is scarce opportunity for what others would call acts of "righteousness." There is only self-righteousness. We have been told and told (and then shown) that this after-thought of self is wrong, very wrong.  Because to act heroically is honorable, but to think about acting heroically is a shameful embarrassment.  To talk about arranging and doing complicated noble things is a nearly unforgivable social offense.  Anyone can discuss how satisfying it is to work hard at a thankless job and feed your family, that is agreeably brave. But if you try to enlist the minds of others into a pattern of structured goodness, or an open refusal of corruption, then you have just entered the world of the con... conspiracy. con-man. confidence trick. con-edison. conference. convict. condom, come-on. cocaine addict... constantness.

To openly discuss wanting the world to be better, and with standards by which you think this noble task might be achieved, is among the worst shames one can commit, conversely.

Recently I read an interview in GQ magazine.  Don't worry, I don't normally read GQ magazine, and I have never had a subscription, it was merely on the table at my dentist's office.  Admitting that you avidly read GQ... as a straight man, is akin to claiming that you read Playboy for the interviews.  It just seems suspiciously gay or frustratedly straight, respectively.

GQ is dedicated primarily to regarding men's styles and Playboy to revering women's pussies, et al.

There are good articles in lots of other magazines, etc.

The discussion in GQ was with Werner Herzog, and very oddly, and somewhat coincidentally for me and this site, touched upon the subject of Oliver Stone.  He was mentioned in the interview through the list of reading Herzog did for his film school. Among the various books Herzog was asked to read was a list that started with the Greeks and ended with, but also included, The Warren Commission Report.  Which he gladly read.  He also highly suggested it as a publication of interest for others to read. Something I've never done.  Nor, apparently, has Oliver Stone... He took some perverse German-esque joy in pointing this out during the interview.  Herzog recounted the experience of meeting Stone and asking him about certain points of the report and Stone revealed he had not read it.  It was a Teutonic shift for him, it seemed.

How the fuck has Olive Stone not read The Warren Commission Report?

I've heard O.S. speak, and have read enough of his interviews, to know that he does not encourage actual thought as much as he suggests suspicion and fear. Paranoia is the dialectical opposite of thought, masquerading as contemplation itself.  Not all introspection qualifies as thought. Some of it is just self-hypnotizing fear and assumption.  Suspicion fools most of the people I meet into a feeling similar to thought and is often the only requirement they need to suspend genuine consideration and examination.

It satisfies the "shadow of a doubt" criteria..... a task easily done, but a quality that can also be advanced beyond, and even dismissed with, further inquiry. Paranoia induces in many an intoxicating sense of wonder, much as the sound and motion of a vacuum cleaner does to a puppy, or the light from a flashlight against a wall, or floor, does to a cat.

Stone's a pothead-burnout that has always found his audience (without much surprise) exactly where he left them. They've hardly even left where they were last sitting.  Such is the deep commitment of his fan base to the ritual of confident inaction.  I seem to be surrounded, in zombiesque formation, by people who think that he is simply brilliant.  They couldn't be more right, quite simply.

But this is again all of my fault, of course... and it is not the first admission of guilt that I have made tonight, nor hopefully the last.

I'm going to go admit my further misdeeds to another glass of wine.

.... here is a picture of his audience, in rapt bemusement and wonderment: 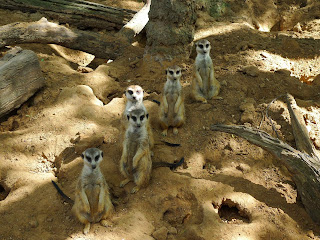 While writing this column my spell check did not correct the term "elf-righteousness"...  So, I suppose with elves, and very noble ones, there really is no need for correction, or perhaps only little need, very little need.