The cousin of death 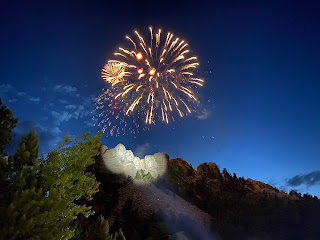 I can already hear the semi-conscious moaning of it - whining myself awake in a few hours. Grappling my way out of an unpleasant dream. How many people, I wonder, have wished to just drift away in their sleep, without any pre-knowledge or pain concerning their demise? All of us, or merely most? Wishing such a thing is not suicidal. That is a different type of desperate desire. I am only describing the wish to not know, in immediate advance, what is inevitable anyway. Suicide is demanding to know in advance, and then to know with certainty in the present.

To not be certain that the end is near, and to avoid pain and anguish - the misery of consciousness - that is what I wish for myself. Not only do I want the end to take me by complete surprise, I don't even wish to be surprised by its arrival. I would prefer to not know at all. I'd prefer to sleep through the entire thing. An eternal continuum of pure physical ignorance.

Therein lies my dystopian dream of the future: you reach an age, you sign a contract. A company, after a certain point of time and before a certain threshold of pain, will sneak into your life and out you to permanent sleep. You'll never know when. You can just rest easy knowing that you will not die in pain, and you need not worry about the gradual decline of myriad or singular infirmities. The minor indignities of corrosive cellular decay, organs limping along. You could even sign off on it all being quite pleasurable. Put it on a credit card and never think of it again. There would be a sleeping drug to start, which wears off into a pleasant opioid delirium. Sex could be arranged, your favorite kinds, days of it. I can see it now in vivid stocking-and-gartered detail.  Enough to wear you out, such that sleep arrives as welcome as ever.

When they say that your life passes before your eyes, maybe it could be accompanied by a blow job on drugs also. Why all the sadness? Can't it be cheap and tawdry, as well? Is there anything more ultimately vulgar than death and decay?

But, we know eventually the company you paid to provide your dream-death would need to cut overhead costs. They would justify your "right time" being sooner and sooner. Their customer satisfaction ratings would eventually drop off and they might even have to lower their prices while increase advertising revenues. People would talk about the good-old-days of the designer death industry. When it wasn't only about the money.

It could also be simple - a pleasant injection on a cold metal tray. Why not. They slide you into a cooler before you're even unconscious, but you drift off to sleep all the same within a minute or two - alone, in the dark. Or, your dentist could do it for you. You just stop by for a filling when you suddenly notice that the last two songs played in the enveloping nitrous haze happened to be your favorites. The gas takes over as you struggle to hum the last lyrics of the verse.

Why do most options have to be so dismal? They make it dismal, in trying to make it dignified.