A lot of lenses, and a film camera too 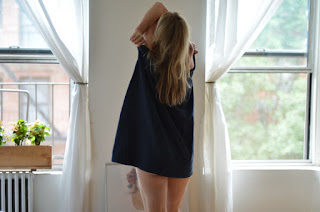 Well, I did not drift off into the great unknown last night, whether by will or by pre-arranged contract. I must have chosen a dream about life. Or, I walked away from the light at dawn. Very counter-intuitive, that advice. If I am ever in a situation in which there is much darkness and to all of my sensibilities it would seem as if I was in a waking dream then I would guess that I would walk into the light, even knowing that this goes counter to the pleadings of those who wish to keep you alive in such situations. I wonder if there is any science behind this oddly universal walking towards or away from an inner or imaginary light, one of which suggests a greater likelihood of death and the other of a clinging to life. Or, if this is similar to people blaming behavior on the moon - statistically unproven.

I won't bother looking it up. This is not a research-based site. You may have noticed.

I was going to put my cameras in my car and drive around and take pictures of things. There are things to look at out here in the country. Though, as with so many things out here in the country, they are spread out rather far apart. There are few restaurants open where I could stop and enjoy some mostly private, solitary lunch. Maybe a pleasant beer, looking out a window and watching the cars pass. I just packed up the camera bag. I will be leaving soon.

Yes, I watched Lot Lizard. I can't remember if CS suggested to watch it or to avoid it,  but I chose the former. It documents a dismal and heartbreaking world. One filled with the desperate who feel oddly empowered by their choice of desperation. Or, at times they do. The cameras keep rolling and captures other moments, also, in which they do not seem as self-empowered by their choices.

I am getting older. I have less tolerance, patience, and desire for exploring the desperation of others. I certainly do not romanticize it as much as I once did. I would read Nelson Algren and think myself cool for having done so. Or, Bukowski. There are many others. The outsiders of literature. Now, I realize how easy it is to drift away from the feeling as if you are existing somewhere on the plane of society, to sliding down that slope towards a place in which there is no easy way back, where you cling to a singular idea of existing on a plane of society.

I have not always been careful by the moments that I have allowed to define me.

It is not that I wish to cease to exist, or do not enjoy moments of life, I only want a break of some kind - a much longer night's sleep, or several of them arranged consecutively, a cessation of responsibility, of being somewhat trapped in the dynamic of life that I have created or allowed, a few more years of the vitality of youth, less chronic physical pain. Short of those things, I want a nice, long, break enveloped in unknowing darkness. Maybe a coma?