An Exercise in Values 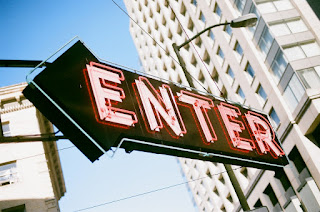 Perhaps if I just focus on work. That will occupy a significant portion of the day. All that I will have left to fret about will be the other waking hours, the sleeplessness and pain.

Yesterday, we played a family game where we went through a stack of cards that each had values written on them. We were meant to choose five to which we felt a connection. No explanation necessary, or that was the idea. I chose Love/Affection, Humor, Beauty, Autonomy, and Variety. These last two choices were because Clemency and Colonialism were not available options. There were a lot of values not represented in this stack of cards, some mysteriously so - Peace, Joy, Grace, Shame, Submission, Lust, Avarice, etc. Perhaps some human values seem antiquated or out-of-step with posterity.

Several times throughout the exercise I claimed that the Ten Commandments were the only values I needed, and mentioned the importance of not coveting oxen and maid-servants often afterwards. I explained that all of the Beauty that man deserves is wrapped up in those ten glorious tabs of wisdom.

Raquel asked if I was, serious about my choices? I assured her that I was. Then, for the rest of the evening she tried to build some sort of family program around our choices. She had Sharpies and poster board and calendars and many brightly colored tacks. She was looking for Consensus as to how to go about implementing this new Values initiative. Humor and Autonomy go far in defending against that sort of thing, when done so with Love/Affection.

She's just being a good mom - part crazy, always ambitious, never finished. She admitted afterwards she had to focus not to pull all cards that were about Teamwork and Administration, which we both found funny and got a good laugh out of. I was thankful, also, because there was no card for Crisis Management.

There were some cards that were blank, so we could write in values that we felt had been omitted from their generous selections. I wrote in Serenity, Conservation, and Judiciousness.

It must have been the Variety.