I hear the train a' comin' 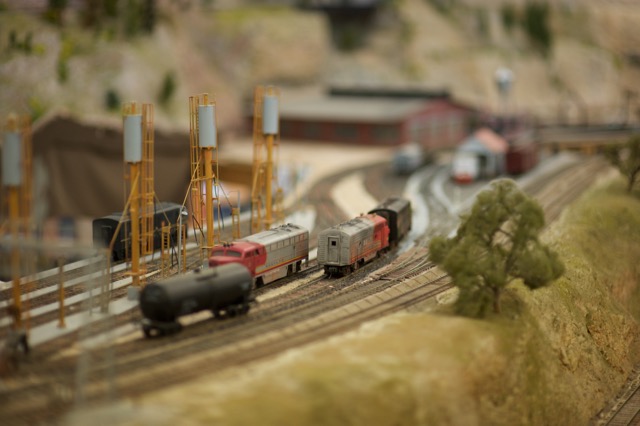 I have nothing to offer today, and even less yesterday. The lack of sleep is destroying me.


We took Rhys and his buddy, Jordan, to a model train station museum. We thought that they would love it but they bored of it quickly, as they could not directly interact.


When we first walked in there was a walkway through the museum and then there were the faux landscapes that seemed train-heavy and unnatural. The various members of this museum, the ones that worked directly with the trains - the ones wearing engineer hats and denim overalls - were on platforms with spaces cut out into the landscapes so that they could gain access to the trains and all that surrounded them.

Whomever designed this did so rather poorly, in my estimation. The platform that the working class stood on was about two feet lower in elevation than the platform that the spectators walked on. So, when I first walked in I was given the impression of a strict midget-only hiring policy. The interesting thing about this was that it took me a few minutes to realize their error (or was it mine), because they all seemed unusual in other ways, not just their uniform paucity in height.

Now, I recognize how evil what I'm saying is, but that has never stopped me before.

These guys were weirdos, useless in the real world and you could quickly tell. They all had that disaffected look of men that never quite launched in life. They retreated into a hobby so as to avoid the pains of rejection. Yet they all seemed quite content to be doing what they were doing. I expected them, at any moment, to mobilize and go on some sort of a quest. They were the type men that refer to their car as their steed.

I wanted to ask Rhys if it seemed novel to him, but knew better than to draw his attention into the perversion that is my normal waking mind.

He was attracted to a spot in the glass where there was a cutout where you could see a bridged ravine in which there was an almost diorama scene of a previous train accident. The cars were all slid down into the slot of the canyon in the position of past chaos. He asked what had happened and I told him there had been an accident. He drew everybody's attention that he could gather to the carnage, explaining that there had been an accident!

He did not want this point of fact to go unnoticed by passers by. Nor I with him. It had become of such great temporary importance that he pointed and explained, over and over, there was an accident.... 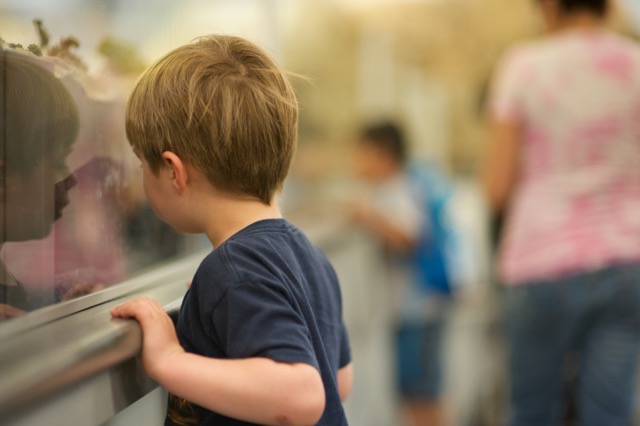