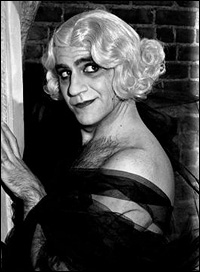 Perhaps writing about the pettiness of my life prevents me from having to live too much within it, within the various trivialities of heartbreak. It is a necessary escape, and I a narcissist that goes by another name.

Or, at least that is what I have been told recently, and have read.

After only three days of silence I felt bottled up, too much so. It wasn't doing me any good. I had just thought that it might; hoped.

I know what will do me the most good: falling in love. Though that seems to be what has gotten me in this mess.

Seems to be, anyway. Perhaps it was not the falling in love, it was the impossibility of staying there.

Who has the time for love anymore? It seems as improbable as a moon walk.

I misrepresented the suggestion from a friend, that I write about something other than my family life. It was only a suggestion, and a good one. That if I were to seek experiences outside of the problems I am currently having maintaining a satisfying life as part of a family then by doing so it would relieve some of that burden.

Doesn't seem like such awful advice? But when you hear me relay it... it just sounded so terrible.

Well, it was nice to have people jump to the defense of liberty and free expression.

Writing each morning gives me some small semblance of centeredness. But I also crave it when it is not there, even though I know that it might be bad for me. In that, it is not unlike other things (re narcissism)

It is practice in organizing the pieces of the world, even if by some strange, hidden, and misguided logic. I certainly hope that nobody else takes any of this as a recipe for success. I have always felt that I was an Anti-Robbins, a sort of disastrous counterpoint to Anthony Robbins, the maven of North Hollywood.

This is Motivational Writing, but mostly just motive. A sort of kinetic laziness; an idleness of the soul.

It boggles my mind that people will still try to hand me cd's of his lectures, Tony Robbins, telling me that they really think I'll get a lot out of it. They must hear something inside of me that yearns to be selling something. Maybe they are right. It will only take a lecture on neuro-linguistic programming to get me out of this 45 year slump and actualize my true potential as a promotional writer.

Maybe I should take my friend's advice, go door to door each morning giving away this sort of thing in a short five minute sales pitch, rather than writing it all down here. It would be novel to see the looks on the other end of the shotgun as I babble this nonsense into some neighbor's early morning ear.

It is the challenge of all sales, personalizing the experience.

I am engaged in a very different type of neuro-linguine deprogramming, you see. I want to create a life-coaching-sales technique based on dada practice and principle; an insufficient outpouring of discomfiture, the nonsensical rejection of any prevailing bourgeois standards, a smattering of circus sales. That sort of stuff, wrapped up programmatically.

It would have to be online, subscription-based, expensive at first, but scalable.

One must always be wary of the people who come to save, though not too terribly much.

I am still taken by the latter scene in A Streetcar Named Desire, when they come to take Blanche DuBois away and she gives in to go, seemingly once and for all, to the fate that has been decided for her, one that was scrawled in loss and sealed in rape. She walks into the uncertainty of her future with a cracked dignity that she can just barely assemble, strained as it is through her own decay and delusions.

Ah well, enough of all that. Let's talk about family life.