K.C. and the Moonshine Band 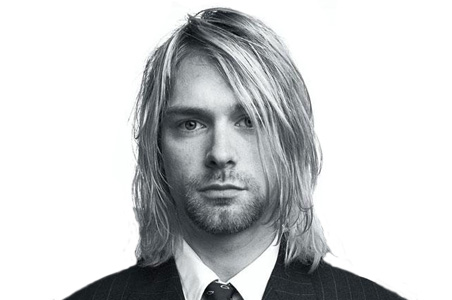 Shit, I forgot to finish this... My morning got away from me.

I never liked Nirvana when they were a band. But then K.C. offed himself and right away I thought that they must be righteous, and deep. Or, at least I thought that K.C. was. The bass player, whose name has been permanently removed from the public record, got fat. Dave Grohl took up a career in maturation.

I heard a rock "journalist" refer to Cobain as "the John Lennon of our time", or something like that.

But what did I know... I never owned a Nirvana album and thought that grunge had already been done, and much better, by Neil Young.

And I was right, except for the fact that I had never bothered listening to any of the grunge bands.

I found most of them to be dreadful, and yet somehow lacking in dread. More tedious than serious. Or, that their seriousness was their tedium.

I was into house music, etc.

But, Nirvana, they seemed to stand out. I decided to give them a listen, just to be sure. I was wrong, as many of you already know. I began to take back everything I had never quite said about them.

The album I first chose to listen to was "Unplugged." I had read a few reviews and many people that were "in the know" about grunge had a particular distaste for this album. So, I assumed it would be perfect for my purposes.

I loved it, fully and from the first listen, and still do. It is a great rock album, in many ways.

A new note has been released from the police vaults, one that sheds the light on Courtney that many have been trying to shed for K.C. since his death. The Lennon comparison came to be increasingly accurate as time passed, except for the fact that Cobain seemed to despise Love to some degree. I do not believe that Lennon ever quite hated Ono, though I could be wrong.

Pictures from the scene have also been released, for the more morbidly minded.

If one had to list the most hated women in rock and roll then Ono and Love would quite likely be towards the top. I'm certain that these lists exist somewhere on the inter-webs, but I don't need them and have no interest.

I lived near the Wendy's at Union Square where C. Love let a bum suck her titty and encouraged people to watch and take pictures. Later that night, or the next, she threw a bottle or a mic stand at a girl at one of her shows and hit her in the face. I've always found that sort of "punk posturing" to be insufficient. On this point I have never been wrong.

All of this, of course, made the news. Shortly afterwards I believe Courtney had her child, Frances, taken away from her and was placed under mandatory, court-ordered, treatment.  If you've never seen the Pamela Anderson Roast on Comedy Central then you have not witnessed the depth of Love.

Well, I don't have anything to wrap this post up with, unlike Cobain's punctuated ending.

Though, like him, I have run out of time.