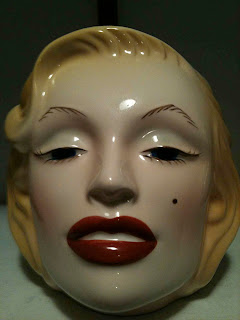 I am at the beginning of a few days off from work.  I am excited but also feeling a little bit sick. For the first time since being here my sinuses have caused me some problems, oddly the night after I mentioned having no problems, just a couple of days ago.  I awoke in the middle of the night and my throat and nose were dry and I could feel trouble emerging.  The job is stressful, moving is stressful, now I must also suffer stress about whether or not I will be able to enjoy my time away from the job.  Is there no end?

This weekend I hope to go to the Hardly Strictly Bluegrass Festival.  We have made plans with friends. From what I have heard it is a big free festival in Golden Gate Park.  300,000 people or more, I'm told.  I am going to eat a bunch of mushrooms (a suggestion made in yesterday's comments section), get naked, try to evade the cops, laugh a lot,  avoid other cops, try not to shit myself, etc.

We'll see how that goes. I doubt anybody in SF would even blink at a man gone completely around the bend in a dash of high speed nudity, an inspirational freedom sprint. Yes, mushrooms are quite natural, I'm certain the police will be relieved to discover the outburst's origins were ordained by nature.

No, I will probably be there worrying a little bit about my wife.  She is starting to lose her balance. She nearly fell when standing up to get out of bed this morning.  I have put on a layer of "courtesy fat" so that all things will feel normal and relative in proportion to her.  We can no longer hug directly from the front, we perform a sort of side hug that allows us to make contact with each other's lips without pulling a muscle in either of our necks.  I'll spare you the description of us having sex, but I do miss looking into her eyes.

Jesus, I just got up and ate a banana then sat back down, I pulled a muscle in my neck.  What next?  We're going to have breakfast soon, I hope I don't have a seizure.


Last night we went to a guy's house to look at a lamp he was selling.  It looked as if it came from the set of "The War of the Worlds."  It was spider-like in its scope.  I called it the nightmare-generator as an antithesis to the dream-catcher.  Instead of being a spider-web to snare malevolent spirits it's just a massive hulking spider that stalks the ceiling of whatever room it's in, weaving night terror webs.

I wish to the spider-gods that I would have taken a picture of the thing.  Without even really asking I took pictures of some other curios he had placed around the house. 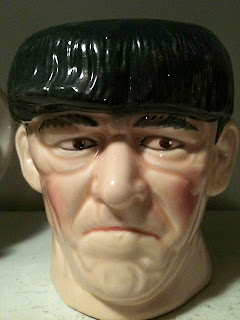 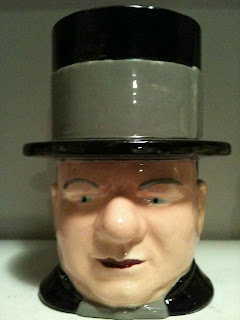 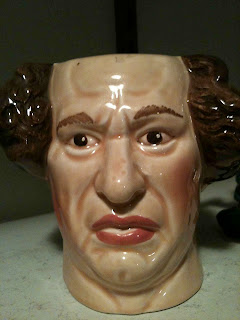 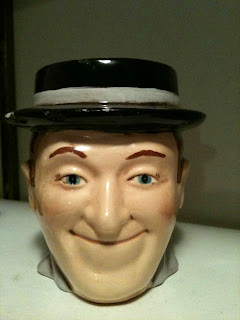 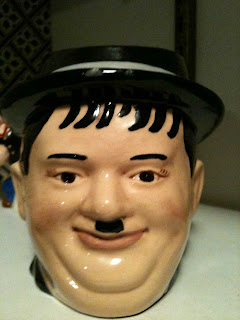 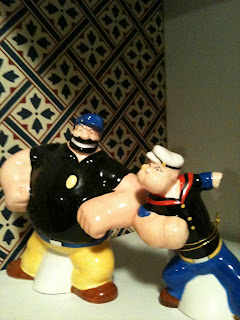 His name was Sam and he was a poet.  He followed us out to the car to recite some of his poetry to us, promised us a free book of the stuff if we came back and bought the lamp.  The verse neatly rhymed and left us with a nervous sense of ponder.  Earlier, when we were getting out of the car to go in and speak with him I joked with my wife that there was no need to lock the car, this was the last time that we would see each other alive, and that I've always loved her.  It was strange and fun.  He was quite an animated fellow and he and I hit it off right away.  He was a retired mailman, an irony that did not escape me.

In the end we came home and decided on a lamp from CB2. We picked it from a catalog.  Or, I should admit that my wife held the page up and I agreed.  Though I might still go back over to the poet's house to hear some more stories, there were some good ones.  I have considered trying to meet people here in the area and take pictures of them in their living rooms or out in their yards. There are many stories to tell here.

One can hear them echoing through the valley, like gunshots.