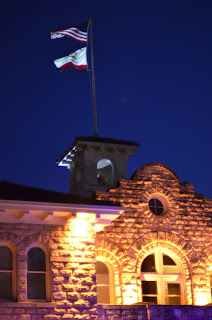 I ride my bike about 4-5 days a week now, about an hour each time.  The valley here is beautiful and there are just enough slow inclines to make the ride challenging. Each day as I am riding I feel as if I'm encountering more and more of what might be described as the Sonoma underground.

Once I had found out that there was a healthy crystal meth scene here I started noticing people wandering around in the daytime, mostly men, always alone, usually somewhat frazzled.  They don't exactly stumble along but you can detect and inner-stumbling as they walk, they seem to be leaning slightly too far forward, so as to almost offset their balance, or at least to give them a sense of inertia, but not always of their own, as if they're being pulled steadily forward by a hook at the top of their heads, though their legs seem to have somewhat less ambition. They are always looking straight forward, a destination clearly in mind, and a glazed intent to get there.  They wear button down shirts but there is usually a t-shirt underneath those as well, both not exactly dirty, but definitely worn. The outer shirt buttoned about halfway up and not tucked in.
I could be imagining all of this, of course.  Not actually imagining the people walking the streets but their atrributes. Perhaps I am animating them beyond the reality of it.  They could be perfectly normal people walking to work, ignoring me, just wanting to get there on time.  But I doubt it.
There is a strange surreality to this place.  It's as if I am riding through outtakes from Blue Velvet.  It is an immensely beautiful place to be but I sense that around every corner there just might be somebody huffing on a gas mask, obsessed with some sadomasochistic desire, addicted to the ghost of delight, indulging in vapors. I keep hurrying around corners and looking to see if it is really there, to capture just a glimpse, to confirm my suspicions.  But alas, no Frank Booth's yet.  I'm not entirely sure if it is my curiosity or voyeuristic sensibilities that are being triggered here.  I'll let you know if I catch anybody in some strange pursuit, and what the result was... pleasure, preference, revulsion, or otherwise.
More on local drug addiction and sadomasochism later.
I was riding up the gradual hill to the tasting room at Gundlach Bundschu, pumping along at a pretty good pace, when out of the vineyard came a large rabbit, a jackrabbit I assumed.  This thing was really trucking.  He and I were at a full pace trot.  He on the left side of the road, prevented from entering the vineyard on that side by a drainage ditch, I just watching in amazement.  Clearly the creature was avoiding me, but watching him tear along the road like that was too fascinating for me stop.  Its strides were impressive and this bunny was huge, 3-4 times the size of my dog, and sprinting as fast as I could ride my bike.  Eventually it decided that outrunning me was not an option and it had to leap across the ditch. It stopped and hesitated for a split second then leapt about 8 feet from one bank to the other, then off into the vineyard, little bits of dirt going airborne with each gallop of his distant sprint.

It reminded me of Willem Dafoe's character in "Wild at Heart", another Lynch film from around that time.  When he is talking to Laura Dern's character and he says, "Like a big 'ol jackrabbit bunny, jump all around that hole."

I think that's where I got the Blue Velvet thing today.  Riding the bike does strange things to the mind. It exhausts the body and the mind escapes, trying to save itself. 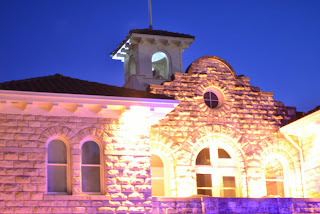