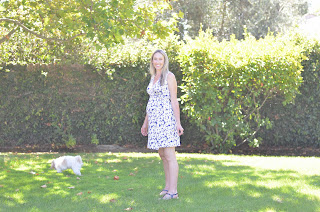 (Rachel, pregnant wife of a Nobel Prize Winner)
The discovery made as part of the OPERA experiments are exciting.

The lay articles that I have read have wrongfully reported that it is the first indication that Einsteinian physics may need an overhaul.  Experiments done with the "spin" of split atoms and their sub-atomic counterparts indicate that the separated atoms still had an effect on one another, no matter how much distance they were separated by. The scientists had no idea what could be causing the effect.  The measurable effect was as close to instantaneous as they were able to determine, and as such, faster than the speed of light.  So, for several years now physicists have been aware that there might be a gap in the assertion that nothing can travel faster than the speed of light.

This recorded phenomenon in particle physics "spin" has raised serious questions about light being the fastest activity in the universe.  That light is assumed to have a constant invariant velocity of "c" in a vacuum is, and always has been, untestable.   We live in a vacuumless universe.

This new experiment differs in that they knew what it was they were testing for, a critical difference. What seems so strange about these new findings is that they are not accompanied by any opposing theoretical model.  The information seems to bluntly disagree with the standard model but I haven't read anything that suggests why, or how, only that it has been reported that the phenomenon has been recorded. Neutrinos have been studied for many decades now, though only with great difficulty. They are electrically neutral with a non-zero mass, meaning they can move through dense objects easily, with great speed.
It is my contention that it will be discovered that the interactions that are occurring between neutrinos and the atoms of lead that they have measured the interactions with will be found to have shown an effect before the arrival of the neutrino and not that the neutrino is actually traveling faster than the speed of light.
Here's how:
If this is found to be the source of the perceived phenomenon then remember that you read it here first....
The effect might be proven to be an interaction with the sub-atomic spin of an anti-neutrino, rather than the arrival of the neutrino itself.  That when the neutrinos change from being muon to tau the anti-neutrinos that are heading towards it unseen are affected gravitationally and that is the actual phenomenon being recorded, not the arrival of the neutrino, seeming to happen slightly ahead of time, much in the same way that the spin of split atoms is tethered over distances by an unknown factor, anti-neutrinos traveling in the opposite direction are what is creating the appearance of the neutrinos arriving slightly before light would in a vacuum.
Well, I am half-kidding.  All of what I have written above is a vague reflection of things that I've read in the past few years. The idea that the phenomenon being recorded is actually an interaction with anti-neutrinos traveling in the opposite direction is purely mine, and could be tested by performing statistical analysis on the slightly increased or decreased frequency of the phenomenon in relation to the sun's position, which should change slightly based on the laboratory being on the near or far side of its orbital mass, as well as in the perpendicular position, which should be shown to be the most stable position.
One might assume that the scientists involved have already considered this and their findings do not reflect this consideration as being relevant.  It is my belief that they will be found to be wrong.
One more idea....
The particle has not travelled faster than light, but its message perhaps has. Or, even more curious, the particle's message has not traveled faster, but that it was "expected" and anti-neutrinos moving towards it were affected and have been also recorded in the process, the effect will perhaps be shown to be gravitational.
The creation of neutrinos might "tug" anti-netrinos towards the event in such a way as to cheat the atomic clocks out of about a 60 billionth of a second, give or take....
It might not be possible to test this theory from within our solar system.
Posted by Sean Q6 at 9:01 AM