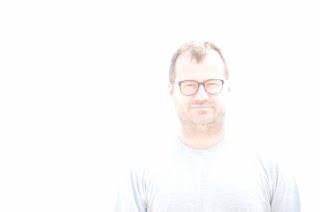 Yesterday I went to get a sandwich at the Safeway deli for lunch. Harmless, I thought.
If I had not just sent a text to a friend as I was ordering I would have had no way of verifying what was about to happen. But as it was I had time-stamped the beginning of one of the strangest experiences of my life.
I wasn't even sure of what I wanted but when the woman seemed to indicate that she was ready to take my order I glanced up and picked the easiest and quickest thing on the menu, a meatball sub.  So I told her and she scurried over to a drawer where she pulled out a roll which she then cut in half, and then again started to slice one half of that down the center.  I asked if she could slice just one side to make the sub more of a sub sandwich, rather than cutting it in two pieces. She seemed perplexed.  It was at this point that I surmised that English was not her first language.  In fact it might not be her language at all.
No problem, I thought.
I held my hands up and made a slicing motion on one side of my hand and then held them together almost prayer-like opening them to make a V-formation to simulate a single piece of bread and how it might be used to make a sandwich, with meatballs and cheese.

Nope.
She took out a fresh piece of bread and cut it exactly as she had cut the other one, directly down the middle and in two pieces. I nodded approvingly, that would be fine.  Onwards.  She then took off through a doorway on the opposite side of the deli counter.  Another Safeway employee came up and took the order of the next person in line and he started working on their sandwich.  Progress.  After a couple of minutes I thought that maybe something had gone wrong.  Just as I was starting to wonder, and to genuinely consider the amount of free time I have to enjoy my lunch, the guy finished the sandwich he was making and came back over.  As I was getting ready to ask him what might have happened she appeared in the doorway holding something and rushing towards me happily with her find.  He helped the next person in line without much apparent thought.
Sure enough, she had found some meatballs.  They looked as if at one time they might have been in some sort of red sauce but that would have been some time ago.  She proceeded to slice them in half, all the while looking up at me to seek my approval.  I had to admit it, she was thorough and seemed to be enjoying it all.  We were well on our way to making a meatball sub. Almost as soon as I had this thought she put the other piece of bread on top of the dry meatballs and started to wrap it up.  I eagerly indicated that we weren't quite done.  She looked at me quizzically.  I said one word: cheese.  Her face lit up and she smiled and laughed.  I had tapped into a word that must transcend all languages.  I believe it's called a cognate, many languages have them, though I wasn't aware of many existed between English and Cantonese.
I said, "Provolone, please."  Not a clue... This was clearly a language hurdle to be traversed at another time. She pointed at the cheese container and together we went through a few examples with her holding them up for my satisfaction or dismissal.  Finally we agreed on provolone.  She peeled off two slices and placed them on top of the sandwich, then with a little afterthought she placed a third slice.  It was at this point that I became genuinely suspicious of the meatballs. I pointed to the meatballs and asked, "needs heat?" with just the right omission of syntax when there is a mutually shared ignorance of the other's language. She looked perplexed.  Luckily there was a cardboard ad there on the countertop that had several sandwiches displayed, one side was for hot and the other for cold. The hot sandwiches had a red star that sensibly said "hot" in the center, next to the picture of the sandwich. I pointed at it and a wave of realization came over the woman that was both touching and encouraging.
I began to become more and more aware of exactly how much time this was taking because the other guy had begun to help yet a 3rd person.  They were ordering sandwiches, tailor made, from start to finish, hot and cold, with their choice of condiments and add-ons, and so far all I had was dry bread, cold meatballs, and unmelted cheese.  We were a good team though and I was going to stick with it.  There is a sacred bond that forms, etc.
As she put the entire sandwich in the microwave I gesticulated wildly that the bread perhaps should go in the toaster and the meatballs in the microwave, without the cheese for now, maybe.  None of this came across and my sign language skills were beginning to show signs of weakness with the added complexity of multiple process-oriented tasks to be communicated and performed.
The other guy seemed completely oblivious to the fact that I was having to train his fellow employee on the intricacies and simplicity of making a meatball sub, a job for which she was presumably pre-qualified.  This guy could have made my meatball sub without even blinking, but he was just letting nature and international relations take their course. I was about to go hungry, perhaps even starved for the day, at this rate.
A meatball sub, the way that I was trying to order it has 3 elements: bread, meatballs, cheese.  That is, assuming that the meatballs had already been prepared in a sauce.  So, I suppose the route we had taken we were going to be forced to make a 4 ingredient meatball sub. But I hadn't quite been able to figure out how to communicate the idea of "sauce" to this woman, though my mind was enjoying a flurry of possibilities.
I was starting to get visibly frustrated and our fragile communications were beginning to fail altogether. People were walking around me with their multi-component and well-made subs already completed, picking out their chips, pouring their sodas at the fountain.  It was then that she really started to try to talk to me, to help move things along.  What emerged was a continuos miasma of the letter "r" and a combination of various vowel sounds, usually in tandem.  I'm not being bigoted here, I simply couldn't understand a single word that was being said.  She wasn't speaking any version of the English language that I'm familiar with.  It was a Cantonese-English hybrid of some sort, of which I understood precisely nothing.
I'm not sure why this didn't dawn on me sooner, as it was right there, and it already played a part in our sandwich dance, but the sign, the one with the red "hot" stars. I picked it up and pointed to a meatball sub, completed with red sauce and melted cheese.

She found a kitchen spoon, dipped it into some pre-made chicken pan, possibly chicken parmigiana, and covered the meatballs with it, put the cheese on top, folded it all together and then put it in the sandwich press machine.  Not perfect, but we were really getting closer. I would have preferred to have the cold meatballs in the microwave for about 30 seconds, but I knew that I just might luck out here, if she leaves it in there long enough, and if I let the sandwich sit for a minute or two, then it just might be edible.

After what seemed like an eternity at the end of several other eternities, the sandwich emerged, steaming, golden-brown, pressed, with red sauce gingerly dripping over the side.  I was amazed.  It actually looked delicious.  With the extra time spent there being hungry, looking at all of the other food, smelling other people's sandwiches as they walked by (Not actually sniffing them, but getting a waft of sandwich goodness as they passed), and with the clock ticking on my hunger, I was starved.

Thank the stars that it was the other guy who happened to be at the register, ringing up his 4th customer from the same time period, who was ready to finalize this incident. He had a laser in his hand, never even touched the sandwich, I swiped my card, all was paid. I was ready for lunch....

In my decades of witnessing the inept slowly take over the world this day marks the occasion of one of their greatest individual victories. For too long I have bemoaned the increasing automation of the world, thinking that it de-humanizes everybody involved....  I was wrong, very wrong. I take back everything I've ever said.  No more sandwiches made by hand. From now on I will only buy my sandwiches from a machine, chosen through glass, where they belong, the way the gods intended.