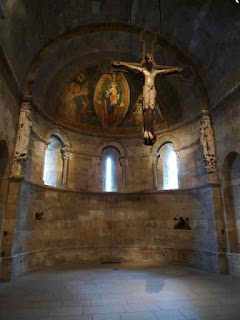 A friend of this site asked me in private a few days ago what I believe about god.  My response was, "More and more I believe less and less."  I was raised as a christian, a catholic.  My father is Irish.   Though he never exhibited any strong discernible religious bearings when I was growing up I see now that he privately harbored the catholic impulse.

I begrudge nobody their set of religious tendencies and I can see how believing in a god helps some people through difficult times. I believe there have been studies that show that faith is a healthy behavior.  I am glad the church is there for those who wish it to be there. For the most part the church seems to be a harmless social event. 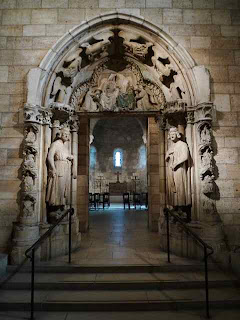 Though we all know that it was not always this way. 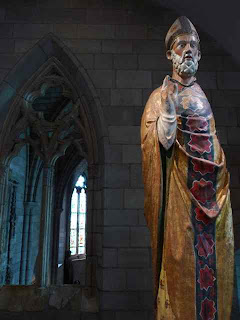 I suppose it depends on what level you look at it.  A grandmother taking joy and pride in participating in her community is a touching thing, it gives her life meaning and purpose where it might otherwise lack.
The church's rapacious pillaging of 3rd world economies is quite another. 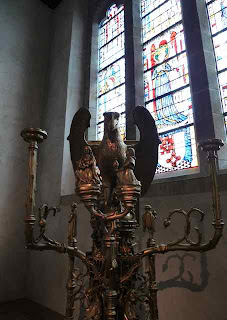 Faith might be healthy, but I avoid many healthy behaviors.  I am an atheist, though I came to this through simply retiring from christianity.  I am perhaps the least devout atheist you will find.  Mostly it is because I don't care. The question of god is and always has been beyond humanity's sphere of knowledge.  Some might say that this makes me an agnostic, but once you admit that then the christians around you will never leave you alone. They figure that you're on the fence and there is still a chance to save your mortal soul. 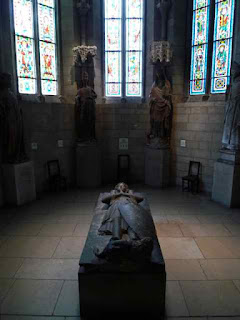 It seems self-evident to me that religion is an exclusively man-made construct and as such I have found several other constructs that I prefer.  Art, literature and science highest among them.  But what of religious art? For the most part it only interests me in that it made possible the development of modern artists as we know them.  It created the environment in which artists could practice their trade and later it gave them something substantial to rebel against. 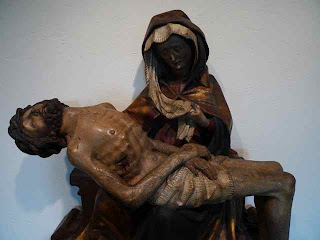 When I was younger and more impressionable I became involved in an enthusiastic church. I believe the term used now is "evangelical."  It was our task to save lost souls and we would do so wherever we could.  It gave my life a sense of meaning and it did yield one lifelong friend, who has also subsequently slid into the greedy hands of the dark lord.  She is a yoga instructor.  I think back to how our little church group would frown on such quasi-demonic impulses.
I mean, she's not out there hunting unicorns or anything, but she professes adherence to a doctrine outside of the sacred central text of christianity... 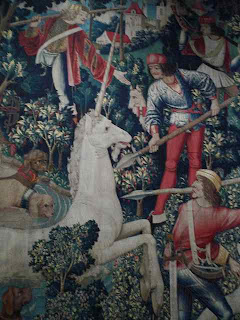 I have included many pictures above and below to give you an idea of how bizarre religious art can be. Let them take your imagination back to a time when unicorns were hunted into extinction and art was filled with many symbols and allegories.  I find this stuff fascinating to look at.
Once when I was in Ghent, Belgium I took a tour of the Gravensteen castle.  There was a torture chamber there.  One can not really grasp the barbarity of such a place until you can get an up close look at the devices and procedures for extracting proclamations of faith from the iniquitous unbelieving. The success of Christianity through the dark and middle ages is an unrestrained triumph of intolerance. 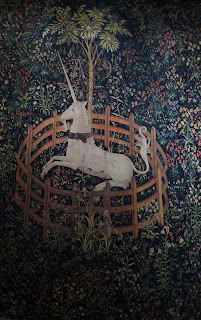 Here is a unicorn in captivity.  This picture seems quite peaceful, but I assure you if that godless fucker gets out of that pen he will be raping the village children in a matter of seconds. If good christians can not come together to rid the world of dragons and unicorns then imagine the world we would live in... groups of religious believers would be free to wander the world, defiling at will.
Just look at the little glowing child-like faces of the piously god-filled... 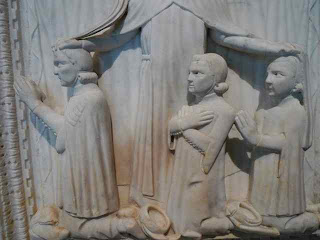 You can't blame them for appearing a little hard-hearted. Notice the directing fatherly hand on their youthful little heads, and the sheer convenience of their kneeling height, their submissive postures, preparing to receive the sword of the lord.
But don't worry, I'm sure they were only using the priest to get to god.... sucking up to him, as they say.
Christ returned to Jerusalem riding a Donkey on Palm Sunday.  A fitting fable.  The proper name for the day is Donkey Palm.  Many believers do not know this, or believe it.  A donkey, when used in this way, is an animal of peace.
This special donkey function can be witnessed in many border towns along the Mexican-US perimeter. 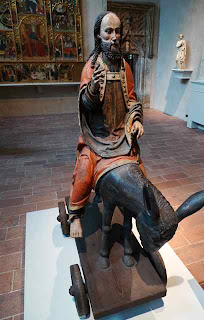 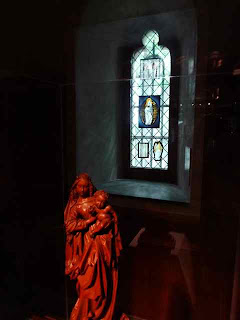