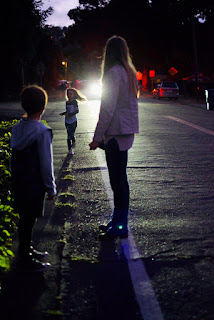 I am listening to an old album, a favorite, by Slowdive - Pygmalion. Shoegaze at its best. I don't think there is a finer example of music I like to listen to in a certain state: coming down from E. I spent about a decade listening to this album, along with a few others. I'd listen to other albums, of course, but if anybody asked me what my favorites were, then this was always on the list. I used to make lists. I love lists, especially those of pure subjective preference. They are as irrational as most poetry, especially if a short paragraph of justification is included. What happiness it is to find one concerning things that you may also love.

I have read no less than 25 lists recently - in the last year - about dub music. A couple of which I studied as if I had found a gold vein. One of which was so reliable I bought every album on it, 30 of them. This being one of my favorites.

I used to have an iPod, when they first came out. I would fly all over the world with it, listening to this album and so many others. Then, I got a job working an overnight shift, where again I could listen to music. When I fly now I can only enjoy music for a few hours, then it usually becomes tedious. Though I have a phone that will hold sixty-four times more music than my original did. I tire now of not having the enthusiasm that I once did. Sometimes when I drink it returns. The verve does.