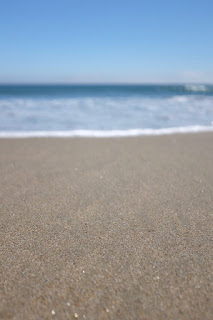 I'm not on my other computer where I could plug in the external drive that has the other images, the newer ones, but not all of them, just the ones I couldn't fit on my work computer and was forced to find another way, after I converted a bunch of RAW image files to jpgs, but forgot to re-import them to the library, so that now I have thousands of orphaned thumbnails.

My life is summed up neatly in that last sentence, every aspect of it, because it is also a wandering paragraph. My pains have become the metaphors they always wanted to be.

I've been reading A.J. Liebling here and there lately. Anybody would wish to write like him, at times, but there are so few rewards left in the world for those who would try. Are there any essayists that have a fraction of the wit and breadth of interest? I read people like Matt Taibbi or David Sedaris or people in that same talent strata and I wonder what must have happened. As if the end-indicating apocalypse fulfilled its every sinister prophecy. It happened silently, without coverage or comment, without whiff of soot or cinder to let us each agree that it is all over, for all of us and for always now, we want a better sign of the end. The mind of my mankind has collapsed in on itself. The weight of its aspirations proving to be no match for the famous real estate salesman that we decided to timeshare our future with.

Perhaps it happened as part of the discovery of the utterly unstoppable fallibility of self-consciousness, around the same time that we were given a seemingly universal chance to advance our own version of self, sans much of the consciousness. Few things indicate our inability to have heroes as does our inability to believe in them. Partisanship always proves the failing. I'd like to say it's just age, the ossifying of the ideals, but there is also a dumber version: none of us ever mattered much.

What I mean is... I've begun arguing for the heroics of people that I am unsure of and yet convinced of the crimes of anyone that would advance the enemy argument, in any form. This is how I am sure that I have lost whatever feeble grasp I might have ever had on enlightenment, mine or anybody else's.

I promised not to talk about politics any more here; there are so few enlightened voices left in the conversation. I've reached an age where I do not wish much to peek back at my own voice, not tomorrow morning, not after, and have never wanted to listen, just check. I'm surrounded by people here in California who believe the most fascinating conversation topic is their own well being, and how to struggle there, so for practice and jest I try to talk and think like them. We all do this, somewhat, just not in California.

I'm so ready for that narrative. But can we agree that man's struggle with man's self has always been the issue. Why else would there even be a need for feminism, where all is historically well?