Jus' jumpin' on the bed 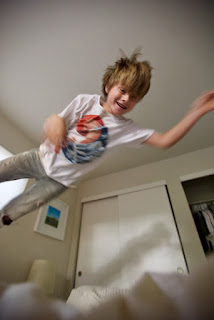 I didn't escape Thanksgiving without some political quarreling. An old acquaintance from the other end of the political spectrum wrote me this: I am as always passionate about the rule of law and the Constitution, among other things, in defense of Donald Trump. My head, of course, exploded with Cabernet. The theory that the Dems are somehow operating outside of either the Constitution or federal law, or even the House rules never seems to be debunked by the question: Why doesn't somebody with the law on their side stop them? Who currently runs the executive branch? It's a good set of questions with no apparent answer. The lawless Dems can't be stopped by any laws known to man. It must be because they're shapeshifters. That's how they get so many votes in California, too.

The conversation ended as futilely as ever. I offered to strangle him with my bare hands. But I, at least, fit a political argument in and it didn't have to happen at home. Though the conversation did have some overflow effects into the living room, of course, because I was drunk. 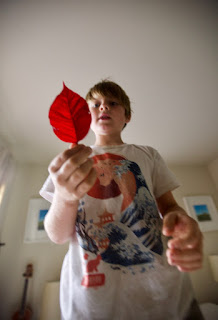 I am finally proud of being drunk again. The way I was when I was younger. Well, not quite like that, but a little bit closer to that after the two-year process of turning 50. I was hoping the New York Times would be here for me when I turned 50, with insightful articles about books worth reading that explain the latest thinking on how to get through these times, as a man, but those are not the books that they deem worth promoting any longer. I saw a cartoon about it somewhere, maybe it was in the New Yorker.

The family has departed to The Berkeley Rep theater, to see The Tale of Despereaux. I didn't read the review that I just linked, am just trying to be informative and documenting my life with all of its incompleteness.

Since they are gone I am listening to a thoroughly depressing but brilliant album (as if Syd Barrett actually made a pop album, or if Keith Richards would have left The Stones during the recording of Their Satanic Majesties Request to do a solo album, but sunk further into addiction instead). I was reminded of it by an article that outlined some of the greatest sad albums, according to them. I love lists like those, because about a third of the albums I'll already know and love and agree with them about, another third will sound familiar to me and I'll maybe have a different album by the same band or will be vaguely familiar with them, and another third I will have never have heard of, and I'll be compelled to investigate why that is.

Hint: It is always because I am getting old.

So, I read through articles like the one linked above - written by those more hip than I - and keep my mind and body healthy by arguing with their choices in some faraway imaginary land where my noble ideas are always regarded highly by all lucky enough to hear them. Where the counter arguments are always simplistic and easy to topple.

The reality is that few people even bother trying to discuss music with me any more. I don't blame them, but I do try to keep myself informed about the severity and variety of their foolish choices. There is no way to get them to understand, though I persist in trying.

I tell them that I'm like Moondog, but without all of the success. 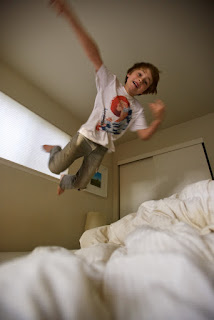 For a completely different experience from the album linked above. This is a beautiful and haunting piece of ambience.