between force and this 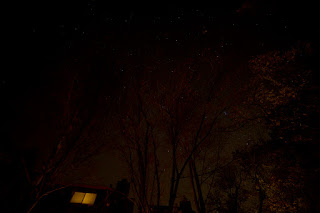 (turn up the brightness on your device)

Mom, the boy, and I took it tonight in the back yard. We were hoping to see the meteor shower, but have moved to the wrong side of America.


I just had a text exchange with an old friend about that image, sort of. I sent it and within a few words we were making and sharing observations about those who enjoy a taste for the abyss, or a little abandon - the compulsive, etc. The need for a unified field theory between the compulsive and the attractive.

I wanted to buy myself a keyboard, nothing fancy, just something to feel alive about. I said so, after other wants.

Then, we texted goodnight.

No other generation has complained so much about being handed the keys to a second hand century, and so soon after barely even driving it off the lot.