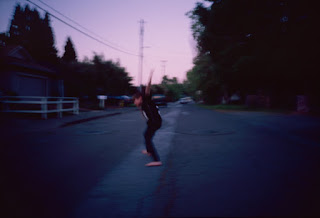 A quick post before I go to sleep. You may need to turn the brightness on your computer up. This was from the roll of film that I felt was mostly ruined, the one that I mentioned in last night's post. But there is something odd about it that I love. The image of the boy seems almost detached from his surroundings, as if there are two plane dimensions and he is dancing in the nearer one.

I had posted the image below of the boy yesterday but then I took it down, because I'm tired of commenting on everything. It was a chance shot, right out of my F100. Each of these images is scanned after processing. What you are seeing is mostly only flawed photography, optics, and the curiosity of differing film stocks. Glimpses in imperfection.

I have so little faith that the world is going to survive much longer in its current state. Paranoia perhaps, or just concession that something must soon give, the dams must burst. Who knows what that will mean - nuclear horrors, catastrophic climate change, all of that paired with global economic collapse. Who knows. It is all so dispiriting. I struggle laughing and being at ease in a way that I did not used to. Perhaps the final civil war will be between those who believe that we should be panicking and those who don't care. I hope I'm in the latter group, and I hope we win. 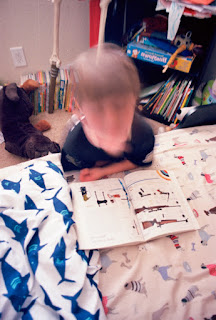