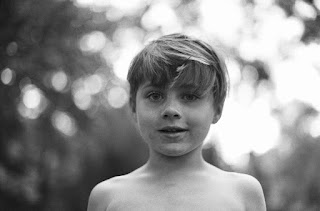 I am pleased with the progress I made over this three day weekend in which which I was left to myself. I had no plan. I'm relieved that it unfolded with three days of productivity towards something.  Anything. After I scan a few more rolls of film I will be caught up to within the last year - August 2018. It doesn't sound like much. It was a fair amount of work. Approximately 750 image scans, so far.

Years ago CS said that what I would likely enjoy most about photography was documenting my life. It is mostly all that I do, but it is what I enjoy most. I stopped writing here because I stopped enjoying it. But I kept taking pictures. Eventually, my need to be noticed re-emerged.

Is that what is is? There must be more.

Scanning old photos is like opening little time capsules. I barely have an idea what is on most of these rolls. Each frame a little glimpse is given - part memory, part surprise at what was saved, partly a new creation.

One of the rolls was almost completely useless. It looks like I shot it 3-4 steps darker than it was meant to be, and even then the images are out of focus, suffering from camera blur, and plagued by other failures. I'm pretty sure it was when I borrowed that Olympus XA-2. The film stock was Fuji Velvia 50. I bought a roll at Photoworks in SF to use with it, I think. There was one image that I liked from that roll, though. I'll use it here soon.

Like CS, my eye is drawn to the mistakes, the failures or the things not meant to be preserved. Something about film makes some of those moments seem immortal. Their lack of intention speaking their clearest truth. I share fewer of those here, but I like looking at them almost as much as the more obvious successes. They seem somehow both less and more mundane, depending on what eyes you look at them with, whether gazing or staring or only with a passing glance.