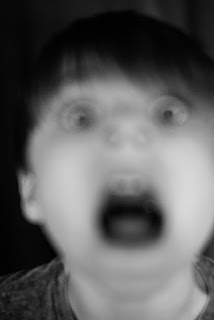 The stress is getting to me. I'm eating compulsively. I've gained ten pounds in four weeks. I went for a long bike ride today and I could feel it eating at me. All of it. Since going to the eclipse - there was the natural stress of being around family for a week while traveling, then Rachel's father passing away the day he left us to go back home to LA, going to LA to help Rachel finish things up there, then there were the fires. This was all after a summer in which the boy's schedule has been all over the place. It's having a cumulative effect, a maddening one.

I strained my elbow at the gym, the psychological results of which now seem disproportionate to the injury. I am eating everything I touch, and touching much. Sometime around this time last year I decided to do a triathlon.

I wrote the first draft of a piece last night about the difficulty of perpetual confession. I neglected to publish. Here it is, you'll see:

Little matter, its metal splinters, aligned along poles as magnets or as ore. Semi-circled currents visible above, circuits searching their synapse. The attractions repel, it's said. The break in which neither side can win nor will. Seems eternal, the parts. That life exerting, it beats the senses out of most, but treats as special those with senses at all worth beating.

Nobody bothers making an example of the crazed. Life conducts its comedy, its cruelties. I remember, numerousness now. So many sequiturs; nonplussed. A farrago of paragraphs.

Writing will outlive anybody that it does or doesn't kill, though it claims no hurry for either. In the end, what is worth noticing announces itself to everyone unequally.  Solitude remains hidden, as do the preciousest moments of life. Music playing out through the open window; a book that almost wakes as it falls from the hands of the sleeping reader.

The idea, it seems, is to never let the love of sentences dry up the heart much. Love will kill the scent of love if you leave them together long enough.

Try and try to write well, dare anybody; there is no end to the wanting; Solomon's eyes and ears, never full of the seeing, the hearing; paint a falling picture if you haven't; indulge in any sentiment-obscuring bit of stupidity that you just might have lying around, of course; preservation is for the rich, the finest of the dust. Use it all; lights dim to begin.

Rage, rage, it has all been begged before.

Don't love bums and addicts, you know I've told you that before. But there are a few things worth liking about them - they never talk of sex, sports, politics, or business. They never write of writing.